On Tuesday, Germany’s Supreme Court ruled that a 2005 police raid on the offices of the online magazine Cicero was unconstitutional. The case has raised questions about press freedom in Germany. 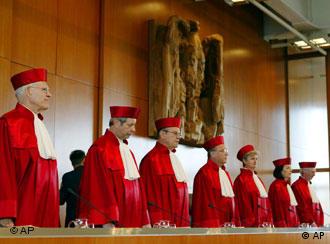 The Federal Constitutional Court is based in Karlsruhe

Germany's Constitutional Court in Karlsruhe ruled Tuesday that police violated the constitution by raiding the offices of the political online magazine Cicero, based near Berlin.

Judges said that the 2005 raid was a considerable violation of press freedom.

In a 7-1 decision, the Karlsruhe judges said the September 2005 search breached the constitition because the journalists themselves were not formally suspected of breaking the law.

"Searches and seizures against media people as part of a formal inquiry are unconstitutional if they are purely or mainly intended to detect the identity of an informant," said presiding judge Hans-Jürgen Papier.

The court thus ruled in favor of Cicero Editor-in Chief Wolfram Weimer, who had lodged a constitutional complaint against the search.

A state court had ruled that the search, originally conducted under a warrant from a Potsdam magistrate, was legal. Police seized disks and made a copy of a journalist's hard-drive during the raid. 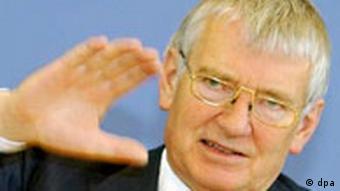 They spent the whole day sifting through files and computer data. At the end of the day, the German government came away with box-loads of material -- and a massive public relations headache.

Yet the issue had started back in April 2005. The magazine’s authors published an article about a top al-Qaeda leader, Abu Musab al-Zarkawi, who has since been killed during a US air strike in Iraq.

As author Bruno Schirra reported his story, he cited information from a classified document which he obtained from a source within the Federal Criminal Police Office, or "BKA."

Former Interior Minister Otto Schily believed that was a major breach of security.

"The government simply cannot accept that documents from its innermost circles are passed on to the public by officers, because that creates dangers for such operations," Schily said.

The journalists saw things differently. Cicero editor-in-chief Wolfram Weimar stood by his reporters' conduct, and said their objectives are clear.

"Journalists are neither microphone-holders nor the king’s scribes: they are there to bring unpleasant truths to light, whether the powerful like it or not, and Otto Schily is no exception," said Weimar.

In addition, more than 200 BKA agents may have had access to the information, which shows that the data wasn't highly-secretive, journalists pointed out.

Rumors also abound that the BKA deliberately manipulates data in order to track down leaks. 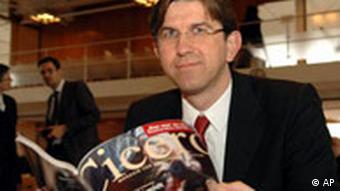 The ensuing Cicero legal battle, at any rate, has lasted almost two years.

Yet it has been more than an aggressive campaign to uncover a leak inside the BKA. The affair quickly became a high-profile battle of principles, pitching government secrecy against

While some officials have defended the Cicero raid in the name of state secrets and national security, their arguments have largely fallen on deaf ears with the press, the public and almost every political party on the spectrum, including the Social Democrats -- or "SPD," Schily’s own party.

Dieter Wiefelspütz, the interior affairs expert for the SPD, said that while he understands the need to find leaks within the BKA, journalists' work must also be respected.

"If the work of journalists -- who deal with confidential information nearly every day -- is generally criminalized, then we have a real problem with press freedom in Germany," Wiefelspütz said.

He added that the BKA should perhaps focus on the culprits within its own ranks first, and not turn journalists into culprits. 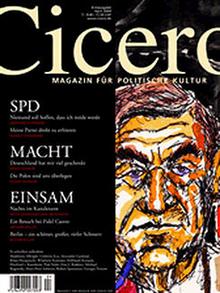 In February 2006, the Potsdam District Court ruled that the police search of the Cicero offices was lawful Schirra's article contained "secret information relevant to national security."

Editor Weimar then filed a complaint against the raids with the country's highest court.

Echoes from the past

For many Germans, the Cicero affair has raised the specter of the Spiegel scandal that began in 1962. Back then, the weekly newsmagazine Der Spiegel was accused of treason for an article criticizing the German Armed Forces.

Defense Minister Franz Josef Strauß had the Spiegel offices searched and occupied by police, and Spiegel’s editor-in-chief, publisher and the author of the article arrested.

The scandal ended with Strauß’s resignation and a victory for press freedom.

German constitutional judges on Wednesday began hearing the complaint of the editor of a magazine, whose offices had been searched by investigators following publication of classified material. (22.11.2006)

Two journalists were charged with exposing German state secrets on al Qaeda's frontman in Iraq, Abu Musab al-Zarqawi, in a case their defenders called a blow to press freedom. (16.03.2006)

The head of Germany's foreign intelligence service confirmed on Thursday that his agency spied on journalists in the 1990s. (10.11.2005)