A vote to reform Hesse's constitution saw a clear majority in favor of scrapping the death penalty. The repeal is symbolic as federal law made capital punishment illegal after World War II. 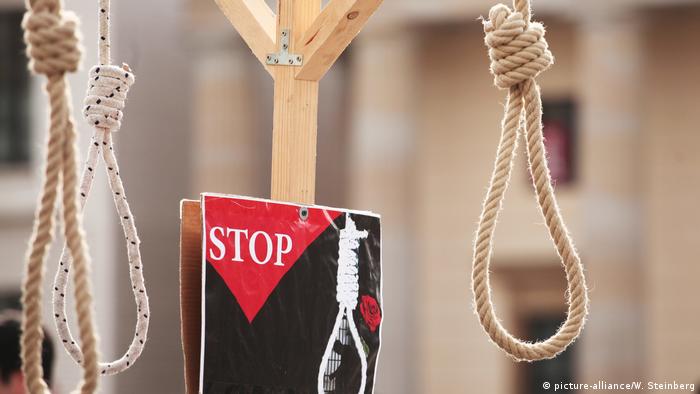 More than 83 percent of voters in the central state of Hesse came out in favor of abolishing Article 21 of the state's constitution in a referendum held alongside regional elections.

Capital punishment was abolished in Germany in 1949 when the Federal Republic of Germany's Basic Law was passed. The federal legislation trumps state law, meaning the vote in Hesse was symbolic.

One in six pro-death penalty

The referendum showed, however, that one in six voters would have preferred the death penalty to remain in the constitution, which came into effect in 1946 — a year after the end of World War II and three years before the Basic Law was introduced for West Germany. Hesse's constitution is the oldest in modern Germany.

Between 1946 and 1949, before the death penalty was abolished in West Germany, two people were initially sentenced to death in Hesse. They were later reduced to life sentences.

In East Germany, capital punishment was not abolished until 1987.

The referendum, which is part of the state government's effort to reform the constitution as a whole, also asked voters to decide on topics ranging from infrastructure to equality, children's rights and their commitment to the EU.

Fresenius case puts spotlight on misuse of medicines in executions

A lawsuit filed by a German pharma company against the US state of Nebraska has once again drawn attention to US authorities finding it hard to obtain the drug cocktails they need to carry out the death penalty. (10.08.2018)

The Malaysian government has agreed to amend the law to abolish capital punishment and halt all pending executions. Human rights groups have hailed the decision. (11.10.2018)