The state government of North Rhine-Westphalia is betting on wit and humor as an antidote to Islamist extremism. Extremists use YouTube to target young people, but NRW wants to fight fire with fire. 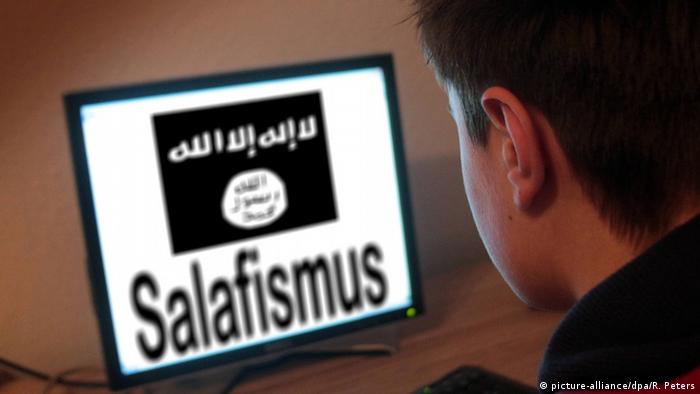 The German state of North Rhine-Westphalia has launched a satirical YouTube channel in the hope of stopping young people from becoming radicalized via the video sharing platform.

The project launched by the NRW Office for the Protection of the Constitution has two parts: a satirical YouTube channel and an accompanying factual channel.

The comical "Jihadi Fool" channel, launched on Thursday (22.08.2019) at the Gamescom computer games trade fair in Cologne, is a sketch comedy format that in NRW Interior Ministry words "satirically addresses the absurdity of radicalization, terrorism and Islamism," while the educational channel refers to the satirical videos and counters Salafist propaganda with facts. It will be launched on Tuesday.

The name is a reference to the subculture "Jihad Cool," used by extremists to rebrand jihadism as a fashionable lifestyle.

One satire shows a right-wing populist and an Islamic extremist bonding over sexism and homophobia while trying to convert passersby; another shows a fictional TV show titled "Goodbye Syria," in which a former extremist adapts to the mundane struggles of life back in Germany.

The channel's videos have been watched more than 11,000 times in total and have received mixed reviews: Some viewers find them amusing, while others criticize the use of taxpayer money. At the time of publishing, the Jihadi Fool channel had 424 subscribers.

NRW's Interior Minister Herbert Reul said in a press statement that the military defeat of the so-called caliphate of the Islamic State (IS) did not mean the 3,100 Salafist extremists living in Germany's most populous state had "vanished into thin air." 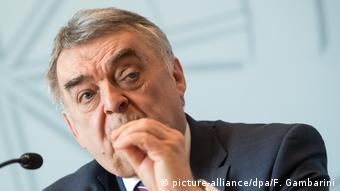 "They are still active and use all channels on which they can find young people," Reul said.

He highlighted the importance of using the same online platforms to combat the radicalization of young people, adding that "wit, humor and facts are democracy's strongest weapons."

"A constitutional protection agency that takes its task of prevention seriously simply cannot opt out of being active on such platforms," Reul said. "We must go where our target group is."

Is there a link between privilege and terrorism?

Jawaneh Golesorkh, a researcher at Ufuq — an organization active in the field of prevention of Islamist radicalization whose Arab name translates as "Horizon" —, said satirical videos were a great idea, but their success will depend on how they are branded.

"We know that counter-speech, especially if it is branded as coming from government institutions, is not as effective as if it were from influencers," she said.

Golesorkh added that Ufuq has had success working with famous German comedians in the past and underlined initiatives such as "Say My Name," a project of the Federal Agency for Civic Education that aims to prevent extremism among young women between the ages of 14 and 25 by using videos from influencers who discuss a range of topics including identity and radicalization.

Historian and Islamism expert Christian Osthold told DW that while satirical videos can contribute to the fight against extremism, for this to succeed it is important to involve people who have authority in the Islamic community.

The drawback to countering Islamists' messages on YouTube, Osthold told DW, is that the platform has mainly been used by Salafist preachers who now know very well how to effectively manipulate young Muslims.

Another barrier to preventing radicalization is that "Imams who could counteract Salafist ideas in their mosques often do not speak German very well, which is why media appearances are virtually impossible," he added.

Ufuq's Jawaneh Golesorkh notes that the tactics of extremists have shifted in recent years. Apart from now also using Instagram to spread their message, they focus less on religion and more on general topics such as politics, capitalism and feminism.

"For example, you have a YouTube account by Generation Islam and you would not be able to know that this is an Islamist site because they address everyday topics like racism."

Golesorkh explained that these channels do publish the occasional religious post that is explicitly not Islamist — and that when the viewer reaches out and contacts the channel, perhaps in a direct message, the potential for radicalization is enabled.

The owner of the site or others might then reach out to some users in the comments section and try to radicalize them.

However, the number of likes and views that a video gets is no indication that the people watching are becoming radicalized, she said.

Identity at the forefront

Golesorkh said that Ufuq had also found that deradicalization projects can be successful if the project does not focus specifically on Islamic radicalization but also topics like democracy and immigration.

Among the topics that needed to be handled with sensitivity were identity and religion.

"If do you raise it (religion), you need to be careful because you can get into a ping pong — there's always someone who knows it better or differently," Golesorkh said.

"Rather than saying 'I will show you how to live,' it is better to do it on an eye-to-eye level," she added.

Radicalization often comes from a feeling that one is not a valuable part of society and does not belong.

"Human beings are, above all, social beings who strive for affirmation and recognition of their environment," Christian Osthold told DW.

He said that when people feel they do not belong, they tend to turn away from society rather than towards others. This is when they can become "susceptible to the influence of Salafist preachers, who say: 'It is not you who is the problem because you are a Muslim, but non-Islamic, godless society.'"

Golesorkh said that the best possible way to combat radicalization is to create room for young people in Germany to feel like they belong to this society.

"Some young people see that their parents and grandparents have lived here for 20 years but still can't vote, for example," Golesorkh said. "They aren't only confronted with exclusion and racism in their own daily lives.”

She added that this was particularly important in NRW, a state with a large number of foreign and migrant workers.

Wolfgang Beus, a spokesman for the NRW Interior Ministry, told DW that the ministry will assess how the project develops and the amount of traffic on the channel before deciding to extend the initiative for another year.

A British study has found that Saudi Arabia plays a key role in the radicalization of Muslims. The Wahhabi influence, fueled by oil money, can be seen in Germany as well, says researcher Susanne Schröter. (09.07.2017)

The youth welfare office for the German state of Rhineland Palatinate has revoked the operating license of a Muslim kindergarten. The day nursery was accused of promoting Salafist ideology. (11.02.2019)