"My body is more defined than those of Auschwitz inmates" and "commit another Holocaust" are among Kollegah and Farid Bang's notorious lyrics. After a scandalous award ceremony, prosecutors are investigating the pair. 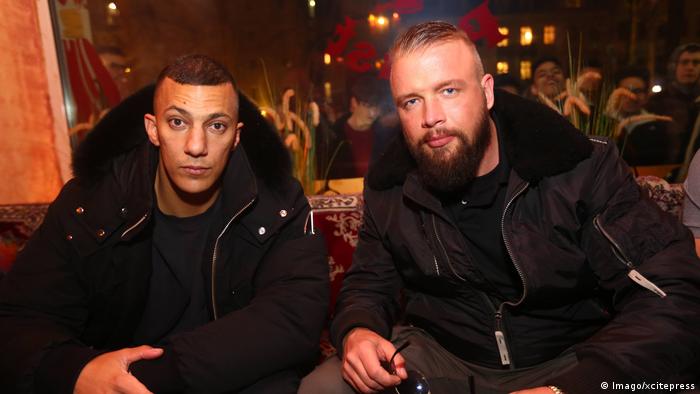 State attorneys in the western German city of Dusseldorf are investigating a scandal-laden German rap duo for hate speech, a city spokesman said on Wednesday.

Spokesman Ralf Herrenbrück told the regional daily Westdeutsche Zeitung that two hate speech charges had been made against Kollegah and Farid Bang. A Jewish person had pressed one of the charges, he said.

Both rappers have been at the center of an anti-Semitism scandal after they won a prize in April at Germany's 2018 Echo music awards.

The winning album included a song in which the rappers say their bodies are "more defined than Auschwitz inmates." In another, the duo sing: "Commit another Holocaust, come with a Molotov cocktail."

The Echo awards' organizers scrapped the event after German media, musicians and Holocaust survivor associations sharply criticized them for awarding the rap duo a prize. Some winners of previous Echos had also returned their Echo awards in protest.