Blogger opinions were mixed after a German TV news magazine uncovered virtual child sex within the virtual-reality community. Prosecutors in Halle are investigating "persons unknown" with a view toward bringing charges. 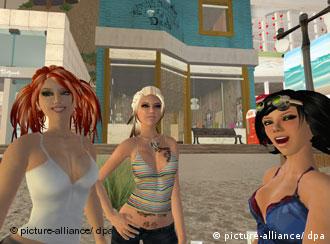 Virtual sex is a prominent part of the Second Life universe

"We'll try to find out the name of the person responsible," Senior Prosecutor Peter Vogt of the Division for the Prevention of Child Pornography told the TV news magazine Report Mainz. "This sort of criminal activity is punishable by a term of imprisonment of between three months and five years."

The news magazine documented that juvenile alter egos in the virtual community Second Life, called avatars, were being used to simulate child sex -- and being sold for virtual profits within the alternate reality platform.

Robin Harper, vice president of Linden Lab, which runs Second Life, told the television program that the company would investigate who was behind the images and pass on the information to the police.

But child-protection activists have criticized Linden Lab for not programming its site to reject child-sex images, and psychologists worry that such role playing could encourage real cases of child abuse. 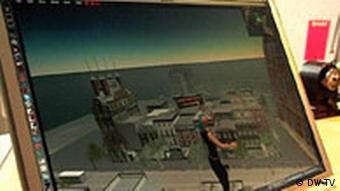 This isn't the first sex-related controversy surrounding Second Life. In recent months, objections have been raised to the alleged "cyber-raping" of users' avatars.

But the presence of depictions of juveniles makes this an especially sensitive case. The story was picked up by most major German papers, and readers responding to it online have engaged in a heated debate about the legal ramifications.

Roughly half of the respondents do not think sexual depictions of juvenile avatars warrant police action.

"As disgusting as I find the idea of someone enjoying virtual sex with children," wrote an online reader of the daily newspaper Die Welt, "we shouldn't forget one thing: this is about something fictional, a virtual world, and thank God no real child has actually suffered."

Some think prosecutors should concentrate on real cases of child abuse and accuse police of an Orwellian attempt to punish thoughtcrime. Other users point out that while virtual child sex is illegal in Germany, it isn't in the United States. 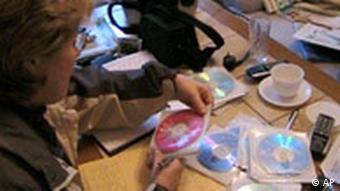 But users on the other side of the issue say that child-sex role playing online could be a first step leading to real child abuse.

"If measures to prevent virtual child pornography can protect even one child from being harmed by a pedophile who has made the jump from the virtual to the real," wrote one online reader of the Süddeutsche Zeitung newspaper, "then I would welcome them in any form."

A Welt user concurred: "It's disgusting that this sort of thing is portrayed as harmless, and blame shifted to the prosecutors."

And a fellow respondent simply wrote, "Second Life is a platform for people who have no first lives."

Second Life has been growing in popularity in Germany, where the number of registered users now exceeds that in the US.

Germany's highest court has ruled that Internet operators are responsible for removing libelous comments from their forums -- regardless of from where the content originates. (28.03.2007)