German Police Turn Up the Heat on Internet Sex Offenders | Germany| News and in-depth reporting from Berlin and beyond | DW | 08.01.2007

As arrests for child pornography have increased, the Office of Criminal Investigation in Baden-Württemberg says it intends to beef up its IT-forensics department so no pedophile feels safe or anonymous on the Internet. 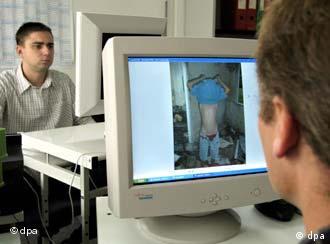 Thousands of suspected pedophiles and child-porn users in Germany and abroad risk jail time if caught using the Internet to view and trade sex photos and videos, said the Baden-Württemberg's State Office of Criminal Investigation on Friday.

Five specialists in the police department in southwestern Germany have been scouring the Internet since 2005 to uncover sex offenders and pedophiles, as well as arms dealers and economic criminals.

Auction sites, exchange portals and chat rooms are prime targets, according to the police officials who would not give details on how the searches are conducted, saying it would endanger ongoing investigations.

In similar searches last spring, investigators said they found photos and videos of children in "violent and degrading situations."

Child pornography on the rise 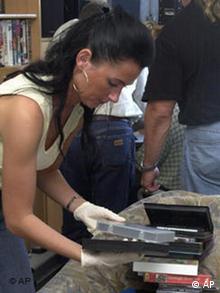 The cyber team has already caught perpetrators from 82 countries

Additional police specialists would be joining the state's cyber team to match an increase in Internet-related sex crimes, according to a Baden-Württemberg police spokesperson.

Some 800 cases involving child pornography passed through the state's district attorney's office in Stuttgart in 2006. That number represents an increase from 690 cases in 2005 and 620 cases in 2004.

The suspects come from all parts of society, Achim Traichel, director of the five-person Internet investigation group, said in an interview with the Stuttgarter Zeitung. Bankers, doctors, factory workers, and even fellow police officers have all been investigated, he added.

The team's cyber research led to a high-ranking member of Stuttgart's police force, whose computer was found to contain some 1,000 examples of child pornography.

Though the material was discovered in March 2006, the police department kept the case under wraps until the press became aware of it in mid-December. The accused officer faces up to five years in prison, according to the online edition of the Stuttgarter Nachrichten. 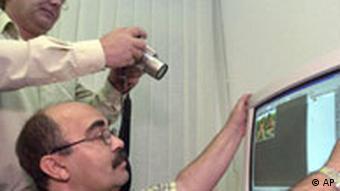 To search the Internet, officers don't need a warrant

Few cases of child pornography, however, are easy to prosecute, district attorney spokeswoman Bettina Vetter told the Stuttgarter Zeitung. Only one third of all child pornography cases are carried through to a court sentence while many cases are often abandoned for lack of evidence, she said.

It can be difficult to prove "that the suspects actually viewed the pictures and didn't just erase them as they claim," said Vetter.

Though police have the technical ability to hack into private computers while the user is connected to the Internet and view all files on the hard-drive, lawmakers are still deciding legality of this procedure.

In the meantime, police will be putting pressure on pedophiles by showing up at their favorite Web sites.

European forensic scientists have developed a state-of-the-art computer program to help track down child victims of sexual exploitation on the Internet. (16.02.2006)

Phishing, viruses and internet espionage is booming. And business leaders, security experts and law enforcement gathering Thursday and Friday in London aim to change that. (30.03.2006)