In the days of increased reliance on the Internet, hackers are making computers increasingly unsafe. To counter that, IT security firms are turning around and hiring talented hackers to find security system holes. 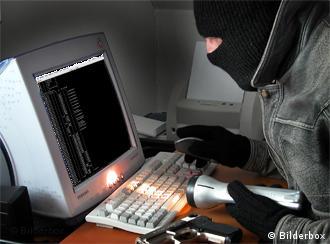 Computer crime is booming right along with the Internet's growth

Sebastian Schreiber's face lights up with a mischievous grin and his eyes gleam with excitement as he talks about computer hack attacks.

"Cross side scripting or SQL injection attacks -- these are really clever," said the man some describe as one of Germany's leading hired hackers. "It's fascinating to cheat computer systems, to break into systems to identify security holes and to demonstrate to our customers that we're able to compromise their systems."

The 34-year-old is not a criminal hacker, but a so-called hired hacker. And he's been breaking into computer systems for the better part of 20 years. At the age of 11, he got his first computer. One year later, he started writing his first hacker scripts -- all of that long before the advent of the Internet.

Ironically, his father is a judge - and maybe that's what tipped Schreiber towards hacking within the boundaries of the law. 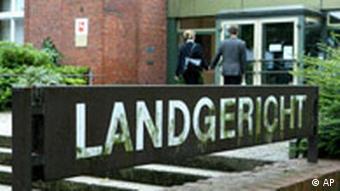 Some hackers now receive a paycheck instead of jail sentences

Today he heads Syss - one of Germany's top IT security firms. He created the business seven years ago while still a computer science student. These days, his clients include some of the world's biggest companies, including DaimlerChrysler, SAP, Deutsche Bank, IBM, the European Central Bank and the European Commission.

To protect his clients from the murky cyber world of hackers, Schreiber and his team conduct penetration tests - or so-called pen tests. This means they actually try to attack the Internet sites and the computer systems of their clients.

The first part of their mission is to identify weaknesses on the clients' Web page. Then it gets more hands on. With the help of their hacker laptops, they go to the company, log in to their network and check how easily they can access secret corporate information.

"Sometimes we don't know where the servers are located, for example when we do the pen tests for SAP -- we attack all the systems they have in the Internet -- we attack dozens of countries," Schreiber said. 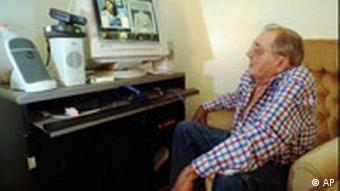 Sometimes they hack attack more than 1,000 servers at the same time -- and he says those attacks can get really complicated. Off-the-shelf software simply can't do the job.

And like anything in the IT world, a hack attack doesn't come cheap. Schreiber charges 1,300 euros a day, and an attack can last anywhere between two days and two months.

It's also definitely not an average 9 to 5 job. Coffee as you'd imagine keeps many of the hired hackers fuelled; adrenaline does the rest.

"Usually my employees who are about to get into a system won't go home at five o'clock in the afternoon but will stay until they crack the system."

Schreiber calls it "Jagdtrieb," or the hunting instinct. It's an amazing feeling he says and it never wears off because every hack is different - not to mention the information they find. 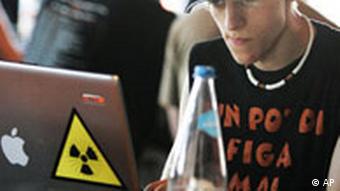 "All kinds of information, for example bank account information, lists of passwords, health information, confidential information in research and development," he said. "We can get all the company secrets that you can imagine."

And what do they do with this information?

"Of course we don't take a close look at the data -- we only take a few lines in order to demonstrate that we have been able to download the information," he said. "We stop reading when we find out that the information is really confidential."

That's also why the office has a special shredder for all this top-secret information, a good thing for his customers and their clients. One of Schreiber's biggest hacker successes was penetrating one of Germany's biggest banks.

"We were able to get into the accounting system of the bank," he said. "So we could see all the customer data, all account data, we saw everything, the transactions, that was really interesting and from a technical point of view it was quite clever to get into the system."

Mixing with the low

In order to keep up-to-date, Schreiber and his team regularly join hacker conventions, Internet chats and go underground for the latest tips, tricks and tactics. But to what extent should hired hackers like them mingle with those on the wrong side of information highway?

So what is the solution? Contact, but not friendship, he says.

Despite all the efforts, the dark side remains a step ahead most of the time. After all, there are thousands of hackers all over the world with loads of time on their hands to hack as a hobby.

Hired hackers however are very much in demand - as long as they don't have a criminal record. Schreiber is even running a competition called "capture the job" in which he asks young hackers to attack one of their systems at www.syss.de

Although now Schreiber is a master corporate hacker, that doesn't mean he's not interesting in future challenges.

"Maybe I'd like to do a project for the National Security Agency in the United States. That would be a real challenge," he said.

A German teenager created some of the most harmful worms to hit computers around the world during the first half of 2004, according to experts. (Aug. 17, 2004)

Is Germany's IT Branch Defenseless?

German citizens and companies alike have been careless in protecting their computer systems against hackers and potential terrorists. A failure to invest in IT security has cost the country billions of euros every year. (Aug. 20, 2005)

European businesses are losing billions of euros a year through Internet virus attacks. However, some firms have little to complain about as many do not take the necessary precautions. (April 3, 2004)