In his annual Christmas address to the nation, German President Joachim Gauck has said that anger and rage at terrorism must not turn into hatred and violence. He called instead for good judgment and attention. 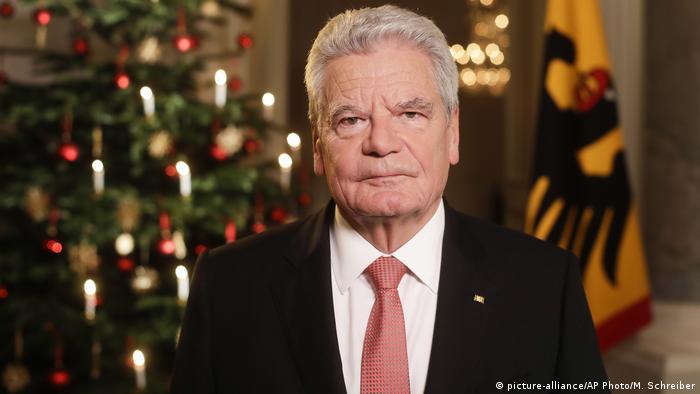 The traditional Christmas speech from Germany's president was this year largely impacted by Monday's deadly terrorist attack at a Berlin Christmas market. Twelve people were killed and 49 injured after the alleged assassin Anis Amri drove a truck into the crowd on December 19.

"The many deaths and injuries at a Christmas market in Berlin have deeply frightened and disturbed us," President Joachim Gauck said in a recorded broadcast from the capital's Bellevue Castle. "People felt anger and rage, fear and lack of power."

Gauck warned that these emotions should not be allowed to dominate, adding that anger must not turn into hate and violence. Instead, it is about being united and defending compassion. Anyone who is "sensitive, responsive and helpful" can "transform anger and rage into forces that resist the hatred, violence and contempt of others," Gauck said in his last Christmas speech as the German President.

Gauck signaled concern at the possible radicalization of society - especially in the political debate over Germany's refugee policy. "Particularly in times of terrorist attacks, we should not deepen the trenches in our society, nor suspect groups or hold politicians guilty across the board," Gauck said. 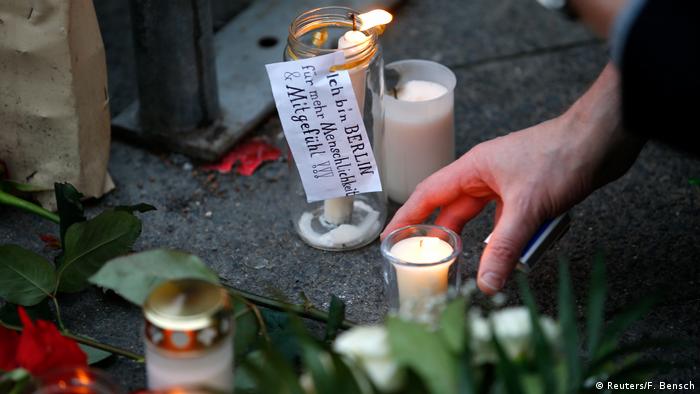 This does not mean, however, that the political discussion regarding the causes and consequences of the attack should be abandoned; both refugee policy and security in Germany have to be discussed, but with sound judgment and attention for the political opponent. For Gauck, a former Protestant pastor, this is linked to the Christian Christmas message. "Right now, on days like these, we should remember what Christmas is about and how it has become part of our culture beyond Christians."

A show of gratitude

The president called on German citizens to have "confidence in their country" and to do everything possible to ensure that society remains a "place of solidary togetherness." "Even at present, as it struggles with unsolved problems," Gauck added. He described "no great dreams," but spoke instead "of reality." Gauck said he continues to encounter people who make Germany more "livable" - whether through work, leisure, in the family or by volunteering. "These people have always made me more confident as president," he said. 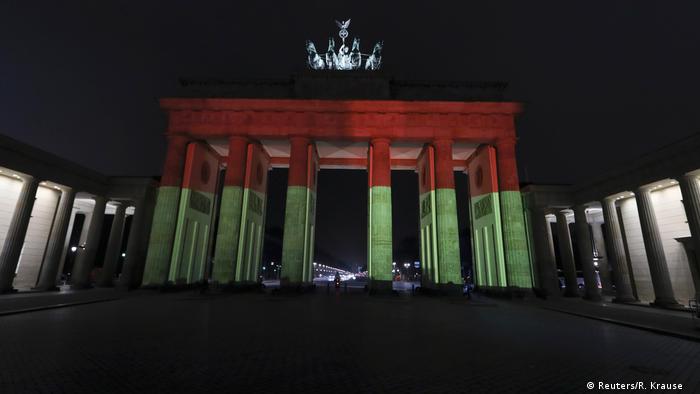 Berlin's Brandenburg Gate illuminated in the colors of the German flag

In his annual Christmas speech, Gauck also gave particular praise and thanks to nurses and caregivers, early childhood educators, teachers, soldiers and police officers. But also to "committed trade unionists and responsible entrepreneurs, social workers and neighborhood managers, and all who make the law valid."

Thanks was also given to the "many volunteers who help refugees and show that they do not have to reject and refuse a stranger in order to preserve their own lives." Especially in uncertain times, society would appreciate the "reliable working" of these people. "Not because they do something extraordinary," Gauck said, "But because they do the ordinary exceptionally well."