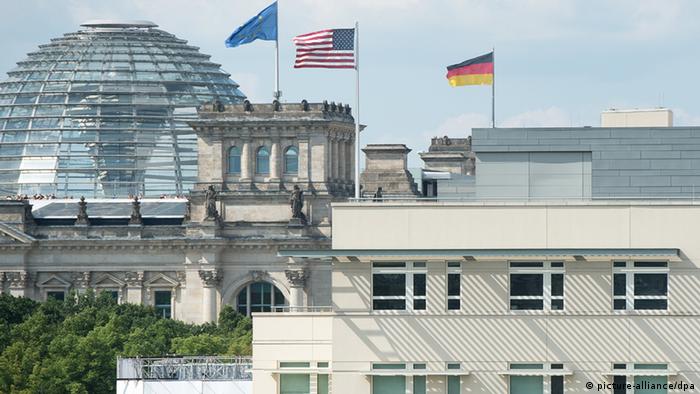 With just two days to go until the US presidential election, German President Joachim Gauck told German weekly "Der Spiegel" on Sunday that Donald Trump's "unpredictability" was a cause for concern.

"We can't say what could be expected from a President Donald Trump," Gauck said, adding that for him, like many people both in the US and Germany, "this constitutes a problem."

"When I look at Washington, I am worried," Gauck said.

The German president said, however, that he hoped " American democracy, which does not allow the president to act as an autocrat, that the system of checks and balances, of mutual control" of power would be upheld. 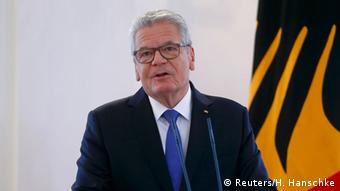 It is unusual for the German head of state to comment on political events in other countries. However, despite holding a largely ceremonial role Gauck has not been shy of engaging in political discourse.

In comparison, 67 percent of participants said they expected Germany's already close ties with the US to remain unchanged if Democratic candidate Hillary Clinton was elected.

Among Germany's top concerns are Trump's stances on Russia and on the NATO alliance, of which Germany and the US are both members.

In July, many were shocked after the Republican hopeful said that if Russia attacked a NATO member, he would consider whether the targeted country had met its defense commitments before providing military aid.

"The election of Trump as president would put a historic burden on the German-American relationship," Roettgen told "Bild am Sonntag" newspaper.

"It would lead to the worst estrangement in German-U.S. relations since the Vietnam War," he said.

'Both candidates welcome in Bavaria'

Horst Seehofer, Bavarian state premier and head of the Christian Social Union (CSU), the sister party of Merkel's CDU, told "Bild am Sonntag," however, that either of the candidates would be welcomed in Bavaria if they won.

"If the American people vote for a person in a democratic election, then the democrats in Germany and Bavaria must accept it," Seehofer said.

"We can't go around acting like the headteacher of the whole world."

In the latest Washington Post-ABC Tracking Poll released early on Sunday, Clinton was leading with 48 percent, compared to Trump's 43 percent.

Clinton, Trump tour US in final push to win over swing voters

As the two presidential candidates travel across the US in a final push to win over voters, a security incident at a Trump rally in Nevada exposes just how vulnerable Trump and Clinton are. As do the latest poll numbers. (06.11.2016)

Former World Bank chief Robert Zoellick tells DW why he doesn’t want Donald Trump in the White House and why he thinks Hillary Clinton will win. He also has some advice on how the next president should deal with Europe. (01.11.2016)