President Steinmeier accused the AfD of "sowing hatred" after downplaying the importance of the Nazi era. AfD leader Alexander Gauland referred to the Nazi era as "bird shit" in an otherwise illustrious history. 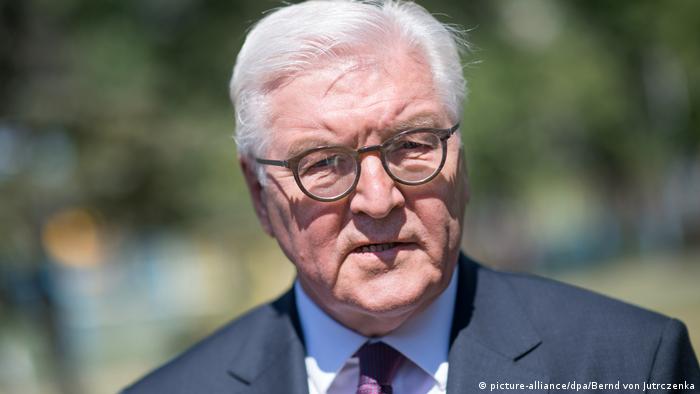 German President Frank-Walter Steinmeier criticized the co-leader of the far-right Alternative for Germany (AfD) on Sunday after he tried to downplay the importance of the Third Reich.

Lawmaker Alexander Gauland had implied in a speech that Germany put too much focus on a 12-year period of history.

"Yes, we plead guilty to our responsibility for the 12 years" of Nazi rule," Gauland said.

However, he added, "we have a glorious history and one, my dear friends, that lasted a lot longer than those damned 12 years. Hitler and the Nazis are just a speck of bird shit in over 1,000 years of successful German history."

In response, President Steinmeier accused Gauland of belittling the Nazis' crimes and the suffering of their victims.

According to Steinmeier, anyone "who denies that singular break with civilization or minimizes it not only ridicules the victims but also wants to rip open old wounds and sow new hatred."

"We must all stand against this."

Steinmeier was speaking at an event commemorating the 10th anniversary ofa memorial for gay victims of the Holocaust.

The general secretary of Chancellor Angela Merkel's Christian Democrats (CDU) also condemned the remark, writing on Twitter that "50 million war victims, the Holocaust and the total war are nothing more than 'bird shit' for the AfD."

"That's what the party really looks like behind its bourgeois mask."

AfD: Gauland taken out of context

Meuthen added that Gauland's words had been taken out of context: "In the context of his speech, it becomes absolutely clear that he never minimizes or relativizes the awful atrocities of the Nazis, the way he was reflexively accused of doing so."

Alexander Gauland is no stranger to courting controversy. In 2016, he was blasted for making racist remarks about star soccer player Jerome Boateng.