A youth camp run by a neo-Nazi organization is broken up by police near Rostock in northern Germany. Authorities said the children were being instilled with Nazi propaganda under the guise of a sleep-away camp. 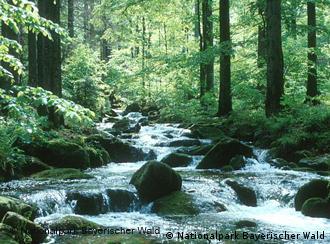 Police have returned 39 teenagers and children who were attending a camp run by a neo-Nazi youth organization to their homes. The group that ran the camp, the Heimattreuer Deutsche Jugend (HDJ) had described it as a youth adventure holiday.

The police raid uncovered racist propaganda and Nazi material, including tea towels with swastikas on them and maps showing Europe and Germany with pre-1918 borders.

The camp was in an isolated spot in the German state of Mecklenburg-Western Pommerania, down a concrete road, surrounded by forest. From the outside it looked just like any other summer camp. Authorities there were tipped off to the camps true intentions by some locals, said Volker Werner, spokesman for the Rostock police, who took charge of the investigation.

After receiving a search warrant, police and youth authorities entered the camp. In addition to the 39 campers, there were also a dozen adults. The camp's alleged leader was a 24-year-old from the town of Rottenberg in the southern state of Baden-Wuerttemberg.

The organization Network Against Nazis believes that camp was designed to bring whole families over to the right wing movement. The children, who came from all over Germany, said they had permission from their parents to take part in the camp. 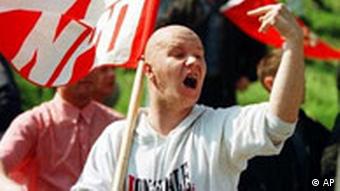 The head of Germany's Federal Criminal Police Office (BKA), Joerg Ziercke, told the German daily Tagesspiegel neo-Nazis were adopting increasingly violent tactics. Ziercke said neo-Nazis were attacking left-wingers and police officers with an aggression that can be seen as a change in strategy.

"Before, neo-Nazis largely avoided violence for tactical reasons, but this no longer appears to be the case," he added.

Ziercke said the riots on May 1 in Hamburg were an example of the new strategy. Clashes erupted in Hamburg when 6,000 people took to the streets to protest against a march involving some 1,500 supporters of the far-right NPD party. Twenty police officers were hurt and some 60 people were arrested.

Arson attacks by right-wing groups were also on the rise, according to Ziercke. There were some 15 incidents reported in the first five months of 2008 - five times as many as in the same period last year.

A leading Swedish right-wing extremist has reportedly bought a mansion in Berlin. Germany's domestic intelligence agency fears that it is intended to serve as a center for neo-Nazi activities across Europe. (13.07.2008)