Conservative German politician Andreas Schockenhoff has passed away at the age of 57. Schockenhoff was the deputy leader of the parliamentary group of Chancellor Angela Merkel's Christian Democrats. 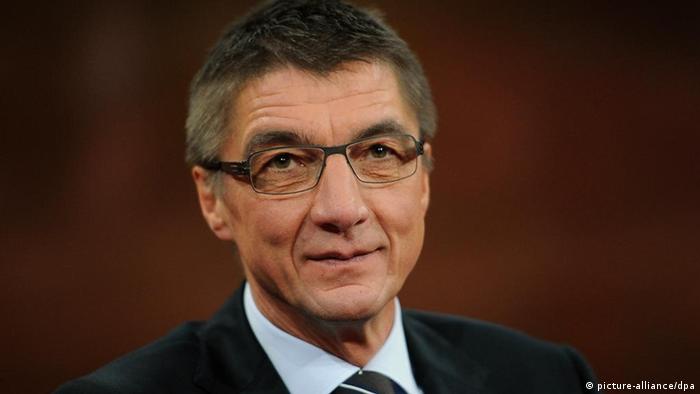 The Christian Democratic Union (CDU) announced on Sunday that Schockenhoff, who was one of the party's leading foreign policy experts on Russia and France, had passed away of natural causes.

Volker Kauder, the leader of the CDU's parliamentary group, said in a statement that he mourned the loss of one of the party's "most prominent politicians ... a good friend and close associate."

Schockenhoff was first elected to the Bundestag lower house of parliament in 1990, where he remained until his death. From 2006 until early this year he acted as coordinator for German-Russian affairs at the foreign ministry. He was known for his outspoken criticism of the Kremlin, particularly since it annexed Crimea back in March#.

"Russia is continuing its breach of international law," he told the news website Zeit Online last month, as he made the case for imposing tougher sanctions on Moscow.

Since 1994, Schockenhoff had led the German-French parliamentarians group.

"We have lost a smart foreign policy politician and a German-French bridge-builder," said Michael Roth, minister of state for Europe at the foreign ministry via his Twitter account.

Schockenhoff's private life also made the news in 2011, when he publicly admitted to being an alcoholic and sought medical assistance to overcome the problem.

German politicians are concerned about escalating events in Ukraine. While members of parliament debated the topic, Ukrainian presidential candidate Poroshenko used his visit in Berlin to insist on Ukrainian sovereignty. (08.05.2014)

Schockenhoff: 'A pardon does not replace a fair trial'

After the release of Putin critic Mikhail Khodorkosvky, Germany should reach out to Russia, but also continue addressing deficits such as Russia's lack of independent justice, says Andreas Schockenhoff. (22.12.2013)