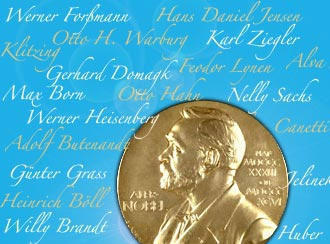 Gerhard Ertl, Germany's most recent winner of the Nobel Prize, won the award on Wednesday, Oct. 10, in chemistry for his studies of surface chemistry. He will be joined at the official prize ceremony on Dec. 10 by compatriot Peter Grünberg, who was awarded the physics prize on Tuesday for his role in developing technology used to read data on hard disks. 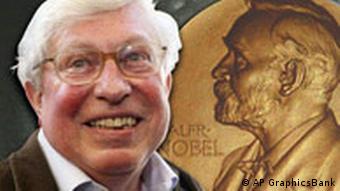 Though Ertl and Grünberg's double win marks a recent watershed for German scientists, but the country has won double honors from the Swedish Royal Academy in the past. The last time a German duo claimed the honor was in 1999 when Günter Grass and Günter Blobel won the prizes for literature and medicine.

In 1901, the very first Nobel prizes in physics and in medicine went to Wilhelm Conrad Röntgen, creator of the X-ray, and Emil von Behring, who developed a serum for the respiratory illness diphtheria.

The following year also saw two of the Swedish awards bound for Germany. Theodor Mommsen won the literature prize for his writing on Roman history, making him one of the few non-fiction literature prize winners. Emil Fischer was awarded the Nobel Prize in chemistry for research in purines and sugars.

1905 was an especially successful year for German sciences as Philipp Lenard, Robert Koch and Adolf von Baeyer won the Nobel awards in physics, medicine and chemistry. There three-time success was repeated in 1910 by Paul Heyse in literature, Albrecht Kossel in medicine and Otto Wallach in chemistry. 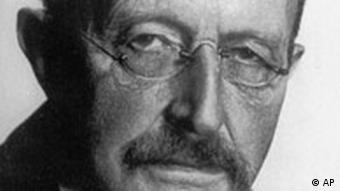 Three German Nobel Laureates, Richard Kuhn (chemistry, 1938), Adolf Butenandt (chemistry 1939) and Gerhard Domagk (medicine, 1939), were forbidden by Adolf Hitler from accepting their Nobel prizes. Later, however, all three of them received the the Nobel Prize Diploma and Medal, but not the prize money.

Gerhard Ertl of Germany won the 2007 Nobel Prize in chemistry for his studies of chemical processes on solid surfaces, the Nobel jury said on Wednesday, Oct. 10. (10.10.2007)

Peter Grünberg of Germany and Albert Fert of France have been awarded the Nobel Physics Prize Tuesday for their work which led to the miniaturized hard disk, one of the breakthroughs of modern information technology. (09.10.2007)

German physicist Theodor W. Hänsch said he was overwhelmed by winning the 2005 Nobel Physics Prize but admitted he had long believed his work was worthy of such an honor. (04.10.2005)

Find out more about all 772 individuals and 19 organizations awarded the Nobel Prize.

Do you think Germany is a good country to conduct scientific research? Send us your comments and please include your full name and country in your reply.