Germany′s Gerhard Ertl Gets Nobel Prize for Chemistry | Germany| News and in-depth reporting from Berlin and beyond | DW | 10.10.2007

Gerhard Ertl of Germany won the 2007 Nobel Prize in chemistry for his studies of chemical processes on solid surfaces, the Nobel jury said on Wednesday, Oct. 10. 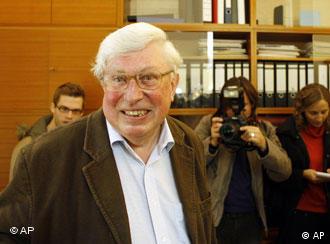 Ertl found out that he won on his 71st birthday

Ertl's studies of chemical processes on solid surfaces have advanced the understanding of why the ozone layer is thinning and laid the foundation of modern surface chemistry, the Royal Swedish Academy of Sciences said in a statement.

"This science is important for the chemical industry and can help us to understand such varied processes as why iron rusts, how fuel cells function and how the catalysts in our cars work," the academy said. 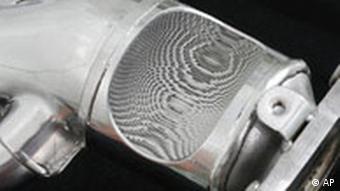 Though he said he knew he was among the candidates, Ertl, who also celebrated his 71st birthday on Wednesday, said he had not anticipated winning the award and was left speechless, the Associated Press reported.

In a live teleconference with reporters Ertl, who is the emeritus director of the Fritz Haber Institute's department for physical chemistry, later said the award "is the best birthday present that you can give to somebody."

"At the moment, pride is the predominant feeling," he added.

Ertl's experiments are expensive undertakings, as they require a laboratory that is completely free of contamination and able to apply individual layers of atoms and molecules to a pure surface.

Second prize to a German

It is the first time in nearly 20 years that a German was awarded the prize in chemistry. Johann Deisenhofer, Robert Huber and Hartmut Michel won the prize in 1988 for their research in photosynthesis

"Yesterday the Nobel Prize in physics went to a German, so I though the Prize in chemistry would not go to me," Ertl told reporters. 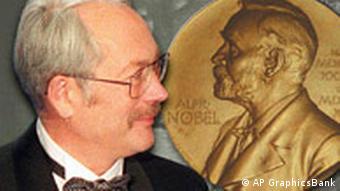 Peter Grünberg will also get a Nobel medal in December

On Tuesday, Peter Grünberg of Germany and Albert Fert of France were awarded the Nobel Physics Prize for their work which led to the miniaturized hard disk, one of the breakthroughs of modern information technology.

The Nobel Prize, worth 10 million kronor ($1.53 million, 1.1 million euros), will be handed over at a ceremony in Stockholm on Dec. 10, the anniversary of the death in 1896 of the prize's creator, Swedish industrialist and inventor of dynamite Alfred Nobel.

Ertl said the award would not change his plans to go out to dinner with his wife Wednesday night to celebrate his birthday.

"I hope that the Nobel Prize won't change my life too much," he said. "But all the prize winners tell me that it will."

Peter Grünberg of Germany and Albert Fert of France have been awarded the Nobel Physics Prize Tuesday for their work which led to the miniaturized hard disk, one of the breakthroughs of modern information technology. (09.10.2007)

Germany Needs Smarter Investment to Play Catch Up With US

Each year, some of Germany's brightest minds in science and technology move abroad. But as once-futuristic industries emerge as real moneymakers, Germans have more to worry about than losing their talent to the US. (27.01.2007)

Do you think the two Nobel prizes this year will boost Germany's scientific community? Please include your name and country in your reply.