Peter Grünberg of Germany and Albert Fert of France have been awarded the Nobel Physics Prize Tuesday for their work which led to the miniaturized hard disk, one of the breakthroughs of modern information technology. 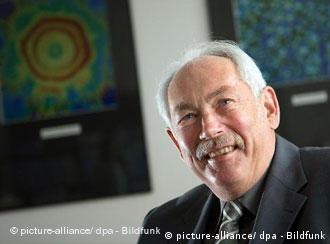 The two scientists, who worked independently, were lauded for discovering a principle called giant magnetoresistance, or GMR, which the Royal Swedish Academy of Sciences called in its citation, "one of the first real applications of the promising field of nanotechnology."

Grünberg and Fert discovered in 1988 that minute magnetic changes in a GMR system lead to huge differences in electrical resistance. These differences in turn cause changes in the current in the readout head, which scans a hard disk to spot the ones and zeroes in which the data is stored.

As a result, the readout head is able to read smaller and weaker magnetic areas -- and this sensitivity means information can be packed more densely on the hard disk.

Prize for practical application of nanotechnology 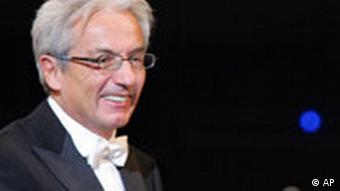 Martin Durrani, editor of Physics World, a journal published by Britain's Institute of Physics, said the award was fitting.

"I am really pleased that it has gone for something very practically based and rooted in research relevant to industry," he said. "It shows that physics has a real relevance not just to understanding natural phenomena but to real products in everyday life."

Last year, the Physics Prize went to US space scientists John Mather and George Smoot for a pioneering space mission which supports the "Big Bang" theory about the origins of the Universe.

Grünberg and Fert will be honored at a formal prize ceremony held as tradition dictates on Dec. 10, the anniversary of the death in 1896 of the prize's creator, Swedish industrialist and inventor of dynamite Alfred Nobel.

The 2007 laureates will receive a gold medal, a diploma and 10 million Swedish kronor ($1.53 million, 1.08 million euros) to be split between them.

As the world celebrates International Women's Day, DW-WORLD looks at the achievements of some of Germany's ground-breaking female inventors. (08.03.2006)

German physicist Theodor W. Hänsch said he was overwhelmed by winning the 2005 Nobel Physics Prize but admitted he had long believed his work was worthy of such an honor. (04.10.2005)

How has the miniature hard drive changed your life? Please include your full name and country with any reply.