A neo-Nazi has been charged in connection with a bomb attack in the western German city of Düsseldorf in 2000 that injured several Jewish people. Observers are wondering why this has happened so long after the incident. 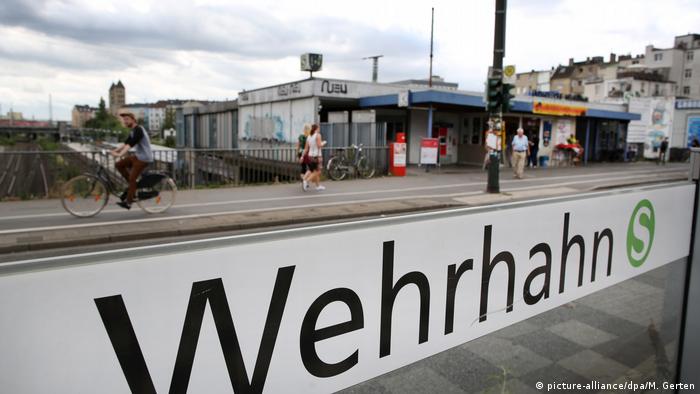 Düsseldorf prosecutor Ralf Herrenbrück announced last week that the 51-year-old suspect Ralf S. would be charged, 10 months after his arrest in February, with 12 counts of attempted murder and one count of causing an explosion. A state court will now decide whether to take the matter to trial.

The explosion from the home-made pipe-bomb attached to a footbridge at the Düsseldorf-Wehrhahn station in July 2000 injured several Jewish migrants, all from the former Soviet Union, who were learning German at a nearby language school at the time.

One woman lost her unborn baby as a result of the attack, and five of the injured have joined the prosecutors as co-plaintiffs.

The charges and the long delay of 17 years have raised questions about the initial investigation — especially in the light of the National Socialist Underground (NSU) murders, which showed that police and intelligence agencies avoided pursuing the lines of inquiry that led to Germany's far-right scene. 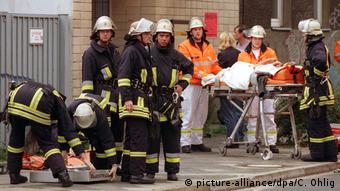 Ralf S., a former soldier and known neo-Nazi who traded military memorabilia in a store in the area where the bomb went off, was identified as a suspect early on, but police failed to collect enough evidence to make an arrest.

It was only several years later that Ralf S. was successfully connected to the crime, when he confessed to a fellow inmate while serving a short jail sentence for unpaid bills.

The case was re-opened in 2014, leading to his arrest in February 2017. The prosecutors' 250-page indictment contains testimony from 96 witnesses as well as evidence from phone calls made by the suspect.

According to a report in the Kölner Stadtanzeiger newspaper, the suspect had called another well-known neo-Nazi in the area, Sven Skoda, to request the latter to supply him with an alibi, and had described "the Wehrhahn business" as the fourth happiest moment of his life after the births of his three children. Despite suspicions, an internal prosecutors' report a year after the bombing found that "neo-Nazis were to be seen as a rather improbable" cause of the crime — and suggested that a "crazy solo perpetrator" or eastern European mafia were to be seen as suspects.

Maximilian Kirstein, a spokesman for the Amadeu Antonio Foundation, an anti-racism organization, said he did see some parallels with the NSU investigations. "In retrospect, it emerged that a few things were missed," he said. "For example, that the domestic intelligence had had an informant working in the perpetrator's shop." 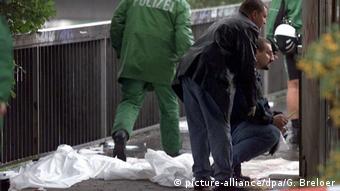 Police were accused of mismanaging the investigation

But he did say that it was "a good sign" that the case had been re-opened, and that the prosecutors had shown they wanted to investigate the matter — "just the fact that the act is being recognized for what it is, namely a far-right attack that was meant to kill people."

Left party Bundestag member Martina Renner saw the Wehrhahn case as part of a pattern in which the police had avoided neo-Nazi explanations. "There are many such cases, and in the Wehrhahn case there were many questions why the investigating authorities didn't pursue possible neo-Nazi motivations," she told DW.

The problem, she said, was the assumptions the police made. "The police talk their way out of it by saying there was no letter claiming responsibility, and that therefore there was no political motivation — but when it comes to far-right crimes, the acts themselves represent a political message," Renner said. "They are messages to the community at which they are aimed, namely: 'You need to leave this country, and if you don't, we will kill you.' And that's how they are understood by the communities in question."

Renner also said that she hoped prosecutors would do more than simply put Ralf S. on trial. "There will only be a complete investigation if there is room in the trial to look into whether there were accomplices — whether the bomb had been built with other people, or whether he had help checking the language school to see when the group of victims would leave," she said. "It's important not to simply pursue the single perpetrator theory, and the second thing is that they need to find out why the investigation wasn't carried out properly or may have been blocked."

None of this, she added, had so far been achieved with the NSU trial.

The families of two men murdered by a neo-Nazi group are suing for damages due to mistakes made in the probe. The families have argued that authorities could have arrested the trio earlier, preventing further murders. (18.06.2017)

Prosecutors in one of Germany's most closely-watched trials have demanded that Beate Zschäpe serve a life sentence for her alleged part in a string of neo-Nazi murders. The trial is entering its closing stage. (12.09.2017)

The world’s eyes will be on Munich on May 6 when the trial against the NSU’s terror suspect Beate Zschäpe and four alleged collaborators begins. (16.04.2013)