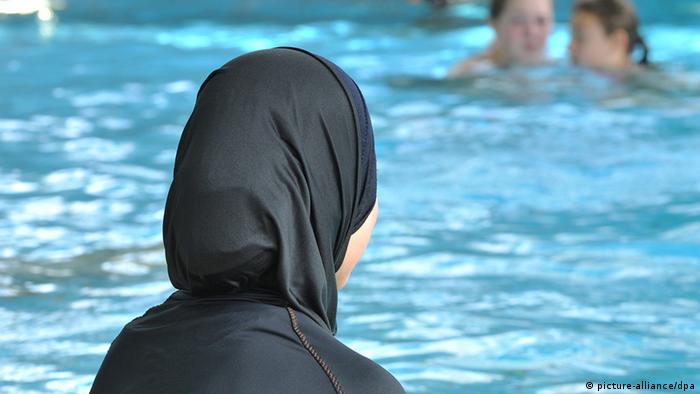 A burkini looks like a combination of a mini-dress, leggings, long-sleeve shirt and scarf wrapped into one. Devout Muslims wear them because the garment covers most of the skin and head. The full-bodied outfit is available in fashionable colors and styles in specialized shops and on the Internet. 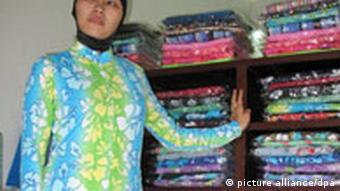 Burkinis come in many colors and designs

It was a burkini that an 11-year-old girl refused to wear during compulsory swimming lessons two years ago. "I would like to swim, but only with girls," said the Muslim student at a high school in Frankfurt.

Islam, she argued, forbade her from appearing in a swimsuit in front of males. Nor was she supposed to see her male classmates shirtless. Her parents, both of whom have family ties to Morocco, requested their daughter be exempted from co-ed swimming lessons.

The Central Council of Muslims in Germany views wearing a full-body swimsuit as "reasonable from an Islamic perspective." But it depends on the individual case, according to council chairman Aiman ​​Mazyek.

If, for religious reasons, a female Muslim should choose not to swim with male classmates, that decision should be respected, Mazyek told DW. 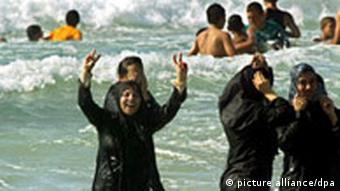 " What is being contested here is not so much the integration of religious communities or the girl in Frankfurt," he said, "but rather the tolerance of our society and the willingness to implement what our constitution already approves - freedom of conscience, and religious freedom."

Education expert Yasemin Karakasoglu, the deputy head of interculturalism and internationalism studies at the University of Bremen, views religion as a private matter. Nevertheless, she argues, there should be a balance between the religious feelings of the individual and the educational interests of the state.

"We cannot assume that how we as individuals deal with our bodies and encounter the sexes essentially applies to everyone equally," she said. "Religion is interpreted by people."

Klaus Meissner, the attorney of the Frankfurt girl, cited a 20-year-old ruling by the Federal Administrative Court stating that an exemption from swimming lessons is possible if a school does not offer gender-segregated swimming courses. But the judges emphasized the task of integration in education and the need to be prepared to live in a pluralistic and secular society in Germany.

Meissner disagrees. "Co-education is not essential for learning how to deal with the different sexes," he said.

Karakasoglu doesn't see an ideal solution to the dilemma. She is quick to point out that "integration can't be forced."

Where does the fundamental right to religious freedom exempt a student from school instruction?

The Federal Administrative Court in Leipzig considers its ruling a practical solution between the state's constitutional obligation to educate young people and its guarantee of individual religious freedom. It sees a full-body swimsuit as appropriate for preserving religious feelings, one that conforms to Muslim prescripts. 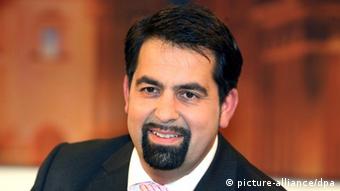 Aiman Mazyek views the burkini as 'reasonable' from an Islamic perspective

Its decision resonates. Islam follows Christianity with the most followers in Germany, with 3.8 to 4.3 million adherents - or 4.6 to 5.2 percent of the total population - according to a study by the Federal Office for Migration and Refugees.

For the student in Frankfurt, however, the decision has concrete consequences.

She now has another half-year of swimming lessons as part of her curriculum.

Fashion-conscious young Muslim women are well aware that in western societies, covering up is often considered more scandalous than baring all. (29.05.2011)

If the SPD's Peer Steinbrück wins the September 22 elections, Yasemin Karakasoglu is expected to become Germany's next education minister. She's not a typical Social Democrat - in fact, she doesn't belong to any party. (06.09.2013)

Muslim parents have lost an appeal against their nine year-old daughter having to attend mixed swimming lessons with boys. The girls can protect their modesty, however, with full-length bathing suits. (21.05.2009)