"Emoji" is now a German word, as are "Darknet" and "Tablet." The official dictionary of the German language, the Duden, is getting an update, adding 5,000 new words taken from contemporary society. 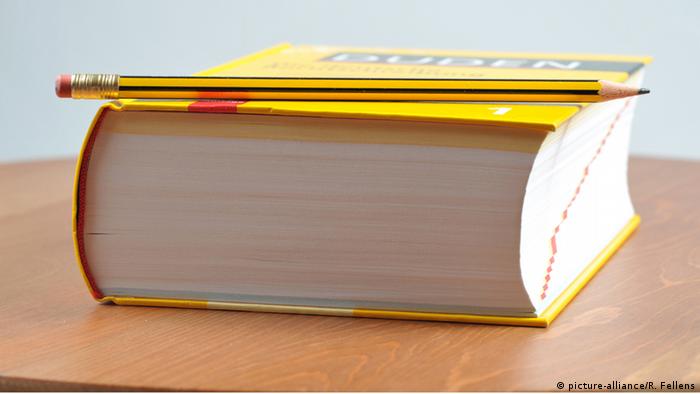 "The only thing that is constant is change."

The wise words of Greek philosopher Heraclitus also hold true in the German language, if the new Duden dictionary is any indication. German's definitive linguistic resource - the go-to work for spelling and usage - is releasing its latest version on Wednesday. 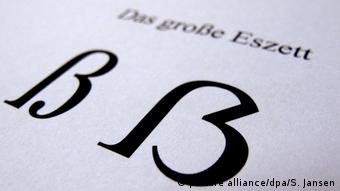 The recognition of the capital ß has also been integrated

A look at some of the new additions reveals that most are neologisms - words that have entered common use as a result of a specific occurrence or event.

The word "Schmähgedicht" - a blasphemous or vilifying poem - is now officially in the linguistic canon thanks to satirist Jan Böhmermann's ode to Turkish President Erdogan, for example.

The English term Brexit has likewise been recognized for official German use in the Duden.

Now you can 'liken' that 'Selfie'

Not surprisingly, additional Anglicisms associated with technology have also made their way into the latest Duden, including Emoji, Selfie, Veggie and Tablet. As nouns in German, they are always capitalized. 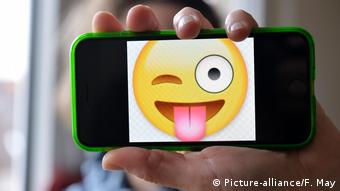 The current technological and political landscapes have led to several composites, words which put a German twist on an English word. While "Darknet" is the same in both languages, cyberwar is now officially in German "Cyberkrieg."

Several acts inspired by social media use have become verbs: To online date is officially "tindern;" to like or heart something on social media is "liken" (not to be confused with the English word for making a comparison).

It's not only the addition of new words that the 20-member team behind the Duden have been working on over these last few years. The official lexicon has also stipulated consistent hyphens for words like "Co-Trainer" and "Ex-Kanzler."  Furthermore, the German character "ß," pronounced "Eszett," can now be capitalized. And the Germanized spellings of some words - "Majonäse," "Ketschup" and "Anschovis" - have been done away with.

Emojis make it onto the big screen

Millions of kissing and laughing smileys are sent out in text messages every day. As they now become superstars in "The Emoji Movie," here's a look back at how the hype surrounding the visual language developed. (27.07.2017)