Emojis make it onto the big screen

Millions of kissing and laughing smileys are sent out in text messages every day. As they now become superstars in "The Emoji Movie," here's a look back at how the hype surrounding the visual language developed.

It all started with a colon, a hyphen and a parenthesis:

The simple combination of characters, proposed publicly for the first time by computer scientist Scott Fahlman in 1982, can be seen as the forerunner of modern emojis.

In 1999, the Japanese software engineer Shigetaka Kurita created the first pixel symbols. When smartphones made it possible to send them in text messages, it was the beginning of a great picture boom that's still expanding to this day. 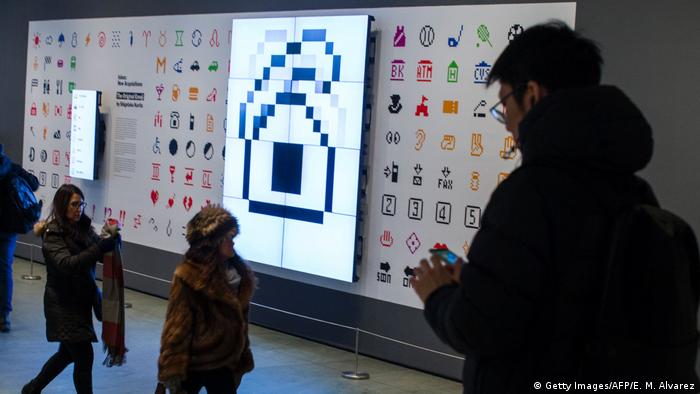 Meanwhile, emojis (Japanese for pictograms) are for many smartphone owners an integrated part of their daily text messages.

The icons have also become cult. Over 1,000 pictures have been accepted as emoji standards - and new ones are added each year. The World Emoji Day, on July 17, has been celebrated for three years already.

Trade revenue for emoji-related articles is expected to reach 250 million euros ($292 million) this year, the emoji trademark owner, Marco Hüsges, recently told the German newspaper Tagesspiegel. The entrepreneur is making a lot of money off the yellow expressive faces.

Read: Oxford Dictionaries' Word of the Year is...not a word

A damaged emoji needs to be saved

Picking up on the trend, Sony Pictures hopes to achieve the same success by releasing the animated motion picture "The Emoji Movie."

The film's director, Tony Leondis, based his plot on the question: What would the space where all emojis are collected in a messaging app look like? His answer: They all live in a city called Textopolis, waiting to be sent off in a message.

Among the city's inhabitants is Gene, an emoji who, unlike all others, is able to show multiple expressions. To get his code repaired, Hi-5, Jailbreak and Gene head off on a quest through the different apps of a smartphone, with each one featuring a different universe.

"The Emoji Movie" is released in the US on July 28 and hits German theaters on August 3.

Emojis as a window on Finland’s soul. The Finns’ quirkiest eccentricities can be shared by app. Even kalsarikännit – the concept of getting wasted alone at home in one’s underclothes – is summed up in a single icon. (04.03.2017)

LOL is going extinct, replaced by an ever-growing number of emojis used to express emotions online. How did the emoji hype actually start? Here's a look back at how the visual language developed. (27.07.2017)