A bill would make it easier for German courts to void child marriages. Since Germany opened its borders to nearly a million refugees last year, the number of married minors in the country has reached nearly 1,500. 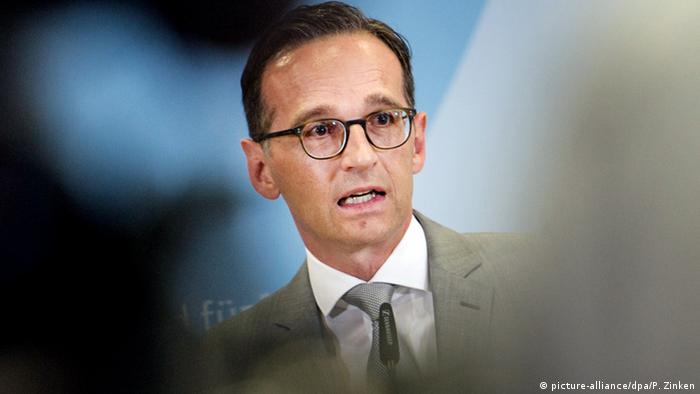 Justice Minister Heiko Maas wants to make it easier for German courts to break up child marriages between refugees, according to a report in the German weekly "Der Spiegel."

The proposed bill would allow courts to terminate a marriage if the underage spouse's well-being is considered at risk. According to the proposed bill, a minor would only be allowed to remain in such a union "if the intended marriage does not affect the welfare of the applicant."

German officials have encountered hundreds of married minors among refugees. Judges are struggling with legal ambiguities and must treat most cases individually. A working group has been set up to study the issue. (04.09.2016)

Currently, child marriages can only be broken up if a court rules that the minor was forced into the union. If the new law passes, the spouse, as well as German youth offices, local agencies that promote child welfare, will be able to begin the legal process to end the marriage.

In September, the Justice Ministry set up a committee to investigate child marriages in Germany and to enforce a legal framework that would lead to "concrete results" by the end of the year.

The national register for immigrants and asylum-seekers, the Ausländerzentralregister (AZR), estimates that about 1,475 married children were registered in Germany by last summer, of whom 481 were under the age of 16. Around 1,152 of underage spouses were girls.

Günter Krings (CDU) called for a new law that would void any marriage involving a person under the age of 18.

"For the sake of clarity within our legal system, we should, quite logically, ensure that in our country no marriages with minors can be sanctioned, not even in exceptional cases," Krings told "Der Spiegel."

The center-right parties in the German parliament also want to introduce new laws that would require youth offices to notify the courts of child marriages so that they can be nullified.

According to German law, child marriages performed abroad can be recognized under special circumstances, provided that the child is at least 14 years old. Similarly, although the minimum age for a person to get to married in Germany is 18, there are exceptions in which a spouse can be 16 years old, provided that one partner is over 18.