A German correspondent for the daily "Die Welt" newspaper has been taken into custody in Turkey. He is the first German reporter to be held in a widespread crackdown on press freedom in Turkey. 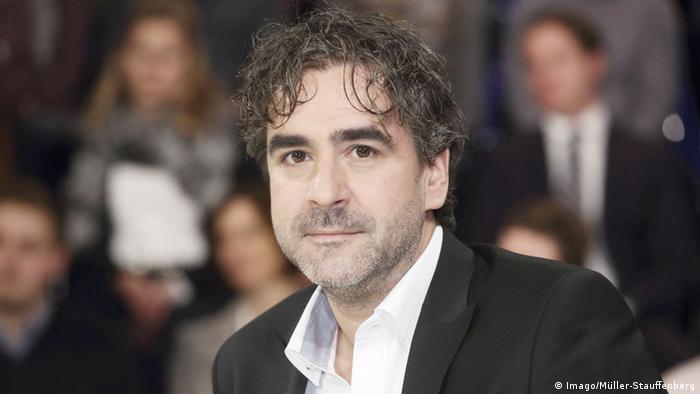 A lawyer for Deniz Yücel said the 43-year-old journalist was being charged with membership in a terrorist organization, spreading propaganda and misuse of information.

The "Die Welt" correspondent had reported on emails that RedHack, a leftist hacker collective, had acquired from the private account of Turkish Energy Minister Berat Albayrak. The minister is a son-in-law and close political ally of President Recep Tayyip Erdogan. Another six journalists - all working for Turkish news outlets - have been arrested in connection with the RedHack affair.

Yücel, a dual citizen of Turkey and Germany, turned himself in to police on Tuesday. Under Turkey's ongoing state of emergency, he can be held for up to 14 days before a judge must decide whether authorities can continue to keep him in custody.

Ulf Poschardt, the editor-in-chief of "Die Welt," said in a statement that: "The Turkish government has repeatedly noted that Turkey is a state governed by the rule of law. This is why we believe that a fair process will result in him being declared innocent."

German journalists' union DJV said Yücel's arrest showed that Erdogan was "trying to misuse the state of emergency to make disagreeable reporting impossible." They called on the German government to interfere and to use diplomatic contacts to protect Yücel.

Reporters Without Borders Germany (RoG) said the case brought the prosecution of journalists to a new level. RoG director Christian Mihr said "[o]ther foreign correspondents have been expelled or not let into the country before," but that detaining a foreign reporter on allegations similar to those faced by Turkish journalists was new.

Foreign reporters have so far enjoyed more liberties in Turkey than local journalists. But Turkish authorities reportedly choose to treat dual-citizen holder Yücel as a Turkish citizen, rather than a German.

According to newspaper "taz," Yücel had previously been briefly jailed in June 2015 in Sanliurfa, a city in southern Turkey, after posing critical questions regarding refugees to the local governor.

There are currently some 120 media workers jailed in Turkey, according to the European Federation of Journalists. Ankara has rejected this figure and insists no one has been imprisoned for writing news articles.