German Journalist Arrested in China for ″Illegal Interviews″ | Germany | News and in-depth reporting from Berlin and beyond | DW | 07.07.2006

A German correspondent in China has been taken into police custody after interviewing villagers about a controversial dam project on the Nu River. 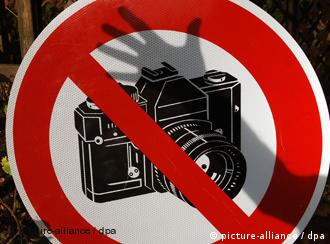 Another blow to press freedom in China

The China correspondent for German papers Die Zeit and die tageszeitung was taken into police custody Thursday afternoon in the village of Xiao Shaba. Government officials demanded that he hand over the notes and film material he had collected pertaining to the dam project.

Blume refused to relinquish the data. After destroying most of it himself and signing a statement promising to leave the region without conducting further interviews, he was released after several hours. 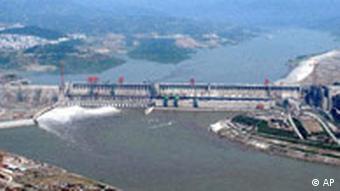 In a telephone interview with German news agency dpa, Blume said that he had not been treated "impolitely." He also said that Chinese officials had not gotten hold of any material that could compromise his interview partners.

State vs. region in dam conflict

A controversial project involving the construction of 13 dams on the Nu River has caused tension between the central government in Beijing and the regional government in Yunnan. China's President Wen Jiabao is said to have personally put a stop to the plans two years ago, but unconfirmed reports suggest that construction is being continued at the local level, reported dpa.

Together the new dams would produce 22,000 megawatts electricity, more than any other hydroelectric dam in the world.

The correspondent had been interviewing farmers in Xiao Shaba who are to be relocated due to the planned construction of a new dam in their area. 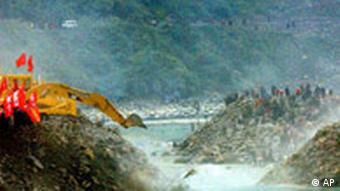 Blume's arrest is not the only questionable incident in the dam affair. Chinese civil-rights activist Fu Xiancai, who had been vocal about the rights of the farmers facing relocation, spoke to German public broadcaster ARD about the ramifications of the dam project. He was severely beaten for speaking out and was left quadriplegic.

His assaulters are unknown, but the German government issued a formal protest in the beating and Beijing is investigating it.

Thursday's arrest was Blume's second run-in with Chinese officials. He was taken into custody in December 2005 for researching cancer cases in a village located near a contaminated river.

Ending his three-nation tour of Asia, German Foreign Minister Frank-Walter Steinmeier has met with Chinese President Hu Jintao in Beijing. A number of controversial issues were on the agenda. (Feb. 23, 2006)

A human rights group in China has reported that a Chinese environmental activist was brutally beaten up after giving an interview to German public broadcaster ARD. (June 14, 2006)

A new report from the International Press Institute (IPI) says that while fewer reporters were killed in 2005 it was still a bad year for freedom of the press. (March 30, 2006)