German Interior Minister Wolfgang Schaeuble is calling for greater efforts in integrating Germany's immigrant communities, in particular those of Turkish origin, in a newspaper article to be published on Monday. 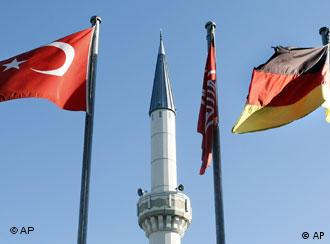 "The linguistic integration, especially of citizens of Turkish origin, must be improved", Schaeuble wrote for Monday's edition of the Hamburger Abendblatt.

"We need more intensive pre-school preparation for children of migrants, so they can use education as an opportunity," the interior minister wrote. 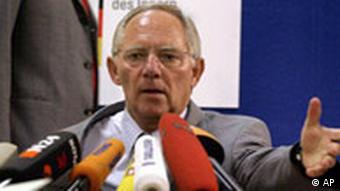 Around 30 percent have no school leaving qualification whatsoever, and just 14 percent have passed university entrance level exams, less then half the average of their German counterparts.

School leaving certificates and vocational training were preconditions for social participation, and thus for the unity and cohesion of our society, the minister wrote. 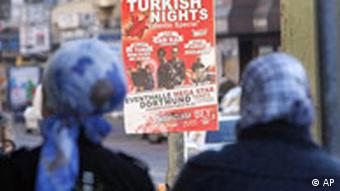 Education is the key to integration

During the economic boom of the 1950s, large numbers of Turks were invited to work in Germany, on the understanding that these so-called "guest workers" would one day return home.

Instead, their families followed. Numbering 2.8 million people, Germany's Turkish population is now one of the country's largest immigrant groups.

The low socioeconomic standing of the Turkish laborers, coupled with their large presence in Germany, reduced the impetus for Turkish families to adapt to Germany, learn the language or value their children's education, according to last week's report.

Schaeuble expressed support for a rigorous discussion about integration.

"That counts for the recognition of the many achievements of immigrants, as well as a serious discussion about the deficits of integration."

By 2012, all first-graders, even those with an immigration background, should have a good command of German, Berlin promised. But immigrant groups panned the country's recent integration efforts. (07.11.2008)