Cathy Hummels, the wife of Bayern Munich football player Mats Hummels, has won a court case about paid Instagram posts. The court said however that the ruling did not apply to other influencers. German Instagram influencer Cathy Hummels emerged victorious on Monday after a court in the southern city of Munich dismissed a complaint that she had not disclosed some of her Instagram posts as paid advertisements.

The Social Competition Association (VSW) had complained about four posts on Hummels' Instagram account because they contained links to beauty companies without any advertisement labels.

In Germany, it is illegal not to disclose paid advertisements on social media.

The court ruled that the posts in the complaint were not unlabeled advertising. It said there was no obligation to label the posts as such because there was no proof she had been paid for them. 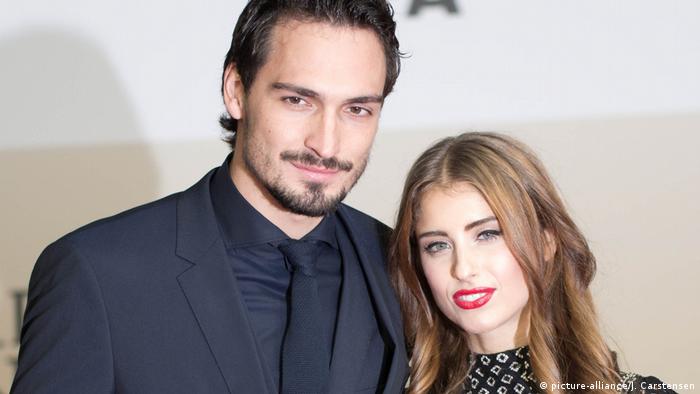 Mats and Cathy Hummels married in 2015

Hummels, the 31-year-old wife of Bayern Munich football player Mats Hummels, has almost half a million followers on Instagram.

She usually posts self-portraits, as well as photos about fashion, her life as a mother, yoga and travel, which often reference the manufacturers of her clothes.

The court said its decision should not be generalized to other bloggers or influencers. Each case should be examined individually to determine whether advertising was recognizable, it said.