Almost nine months after a German television documentary highlighted the exploitation of Nazi prisoners that helped the Quandt family make its fortune, a family member spoke up about the issue. 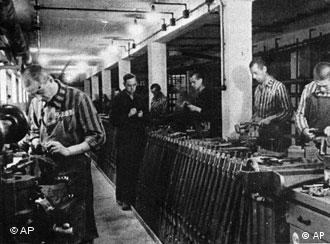 The Quandt family, which owns close to 47 percent of the shares in German car maker BMW, had been maintaining a wall of silence following the broadcast of a film that put the spotlight on the stories of former Nazi prisoners who were forced to work in a battery factory owned by magnate Guenther Quandt (1881-1954).

The workers recounted beatings, mistreatment and even deaths at the factory in the film which premiered at the Hamburg Film Festival last year. 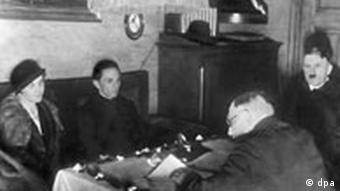 Through her re-marriage to Joseph Goebbels, Magda Quandt directly linked the family to the Nazi regime

"The allegation that the family's assets can be traced back to the time of the Third Reich defrauds fifty years of entrepreneurial success on the part of my great grandfather Emil and my grandfather Guenther Quandt before the year 1933," he was quoted as saying.

The documentary's broadcast has tarnished the Quandt moniker to such an extent that three prominent members of the board of trustees responsible for awarding the prize resigned their posts.

But the Quandt family is determined to see the media prize live on. After the documentary was aired, the family hired historian Joachim Scholtyseck to spend three years exploring the family history.

Scholtyseck's findings may lead the Quandts -- one of Germany's last corporate dynasties that has not dealt with its past -- to finally face the skeletons in the family closet. 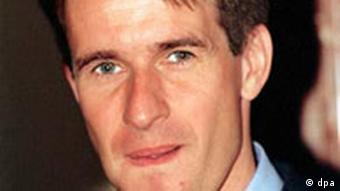 In addition to being one of the most important German arms producers during World War II, the Quandt family also had a private connection to the Nazis.

Stefan Quandt, however, found fault with the documentary for leaving out a very important aspect of the Quandt-Goebbels connection: the fact that Guenther Quandt took legal action against Goebbels in 1934 in order to gain custody over Harald.

"The court did not accept the claim against the influential Minister Goebbels and the lawyer representing my grandfather was removed from his leading position in the lawyers' association," he said.

He also said that his family members were only human and that the circumstances of their time were largely beyond their control.

"Some people followed national socialism from conviction," he said. "Some agreed to small or large compromises. Others were forced. In a world of fear and instability, it wasn't any different for Guenther and Herbert Quandt as entrepreneurs."