A Master′s Degree in Relating Past Horrors to Generations Today | Germany | News and in-depth reporting from Berlin and beyond | DW | 22.10.2007

As the Holocaust recedes further into history and eyewitnesses die, a college in Berlin has designed a graduate degree course to teach students how to communicate the Nazi genocide to today's public. 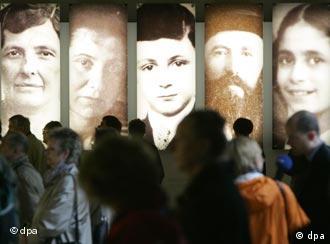 Seven graduate students sit around a table in a small seminar room at Touro College in a residential neighborhood of western Berlin. They're looking over a reading list while a professor explains the focus of the upcoming semester. The students' surroundings are almost idyllic; the small campus sits nestled among chestnut trees, the Havel River murmurs just steps away, and the sun is shining on the kind of cool, crisp day.

But these seven graduate students are embarking on a course of study that will have them focused for the next two years on one of the most horrifying events in the history of mankind, the murder of 6 million Jews by the Nazis.

"I know it will be hard, but I'm prepared and I think I can handle it," said student Lisa König-Hauff, 38, who already has a degree in history and politics from Cologne University. "It's important that we make the Holocaust accessible to the general public." 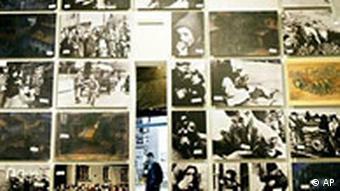 An exhibition hall at the Yad Vashem Holocaust Memorial in Jerusalem

The new master's degree program at Touro College is called Holocaust Communication and Tolerance, and aims at teaching people how to best relate the genocide to new generations, and who could later work, for example, in museums, in the media, or for memorial organizations.

The 1940s are becoming ever more distant, Holocaust survivors and even their children are dying, and a new generation, raised in an age of digital multimedia, is less interested in learning history from dry recitations of facts and figures. In order to keep the Holocaust from fading in our public memory, new ways at telling the story are needed, according to Andreas Nachama, director of Touro College's new Holocaust institute.

"Those who work on Holocaust exhibitions often present everything that they know to the visitor," he said. "That can overwhelm people, who end up leaving empty-handed. That's one of our key points, to find the right amount of information to communicate."

In this first seminar, students will learn the factual basics of the Holocaust, from the beginnings of anti-Jewish laws in the Third Reich to the workings of industrial murder sites such as Auschwitz. 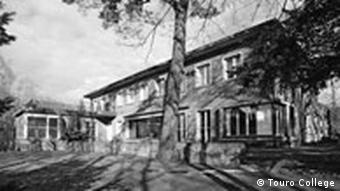 Students will later explore strategies to communicate the Holocaust in exhibitions, publications and in the media, and study a wide range of Holocaust-related material -- everything from Charlie Chaplin's 1940 Hitler-satire "The Great Dictator" to Internet offerings today. They will research theoretical aspects of memory and remembrance and get practical training, including an eight-week internship program next summer. They will have a studio at their disposal where they can record interviews with eyewitnesses.

"Telling the individual stories in my opinion makes more sense than communicating simple facts," said König-Hauff. "And we need to learn to use all the new media possibilities in telling about this."

Besides looking at new ways of communicating the enormity of the genocide, students will conduct their own research, and college officials and professors hope that new information will be uncovered along the way. Although more than six decades have passed since the liberation of the death camps, there is still much to be learned.

"For example, there is the connection between German companies and the exploitation and looting of predominately Jewish property," said Ingo Loose, a professor who specializes in the economic aspects of the Third Reich and the Holocaust. "This discussion has begun 10 or 15 years ago and it's still an open field to be discussed." 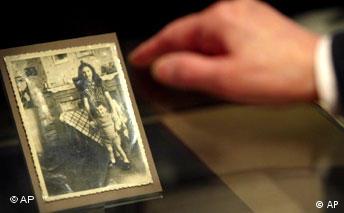 He points to the documentary on German television at the end of September that exposed a history of Nazi profiteering and the use of slave labor by the Quandt family, leading industrialists during the Third Reich and now major shareholders in carmaker BMW.

Touro College is a private liberal arts college that was founded in 1970 and named after Isaac Touro and his son Judah, major philanthropists in colonial America. The college, based in New York, also has campuses in California, Israel, Russia and Berlin. Alongside the new Holocaust Communication program, the college offers a degree program in business administration that includes courses on American culture and a Judaic studies option.

Touro officials began considering the formation of the program several years ago when a discussion began in Germany about Holocaust fatigue. Some wondered if it was time to put a little less focus on the events that to some seemed so long ago. A series of books and television programs came out that focused on Germans' role as victims during the war. And younger people were increasingly finding it harder to relate to the event, according to Wolfgang Benz, director of the Center for Anti-Semitism Research at Berlin's Technical University. 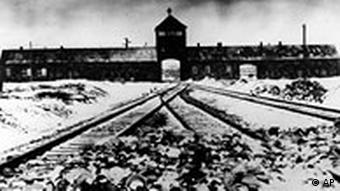 "You just have to ask students, who'll immediately say 'yeah, we know all that already,'" he said. "There's a sense among some in the public that on TV you just see things about the Holocaust. There's a certain defensive attitude now."

Still, he said Germany's schools and media handle this darkest part of the country's history well, in most cases. He does say one strategy sometimes used in Holocaust education -- piling guilt on younger generations about events they had nothing to do with -- is counterproductive, but he thinks training all teachers in appropriate ways to communicate the genocide would be better than focusing on a handful of specialists.

But specialization is exactly the goal of Guy Band, a 30-year-old Israeli starting at Touro who also works as a volunteer at Berlin's House of the Wannsee Conference, where Nazi officials planned the "Final Solution." He is interested in learning how the Holocaust is perceived in Germany and how Germans have dealt with their past, since he comes to it from an Israeli perspective. He said he also thinks the Holocaust offers lessons for today.

"We can take examples from the Holocaust and compare it to today," he said, "I think it's very important to see where things can go wrong, where they can become radicalized and where we have to say stop, we won't accept that."

What do you think of the idea of a program in Holocaust communication? Please include your name and country in your reply.