Israeli historian Saul Friedländer was awarded the German Booksellers Association's 2007 Peace Prize at the Frankfurt Book Fair on Sunday, Oct. 14, for his work on documenting the Holocaust. 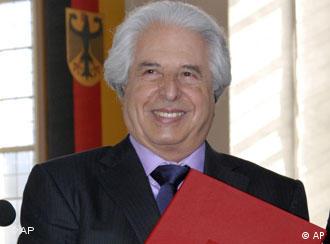 Saul Friedländer, winner of the the Peace Prize of the German Booksellers Association

In awarding Friedländer its top prize, the association said the historian had given "a voice to the grievances and cries of those human beings who were turned to dust -- he gave them memory and a name."

Friedländer, a Jewish historian of the Holocaust, read from the letters of family members who died at the hands of the Nazis before 1,000 guests at the award ceremony, which marked the high point of the Frankfurt Book Fair on Sunday. 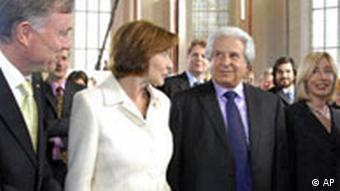 The 75-year-old French-educated Israeli academic, who lost his parents in the Holocaust, was honored with Germany's top literary prize for "restoring the stolen dignity of the victims of the Holocaust, a recognition of which is the basis of peace."

Friedländer called for the voices of the Holocaust victims not to be silenced. The personal documents of the victims "move us precisely because of their utter helplessness, their innocence and the solitariness of their desperation," he said.

Friedländer chose not to make the usual speech, but read the last words written by his parents and thrown from the train taking them to a French concentration camp.

The letters were addressed to the French woman who saved Friedländer's own life by placing him in a Catholic school under an assumed name. In his letter, Friedländer's father wrote he had sent money, jewelry and stamps to the woman, Madame Mace de Lepinay. 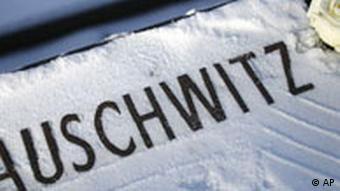 "Don't leave the boy. May God repay you for everything and may he bless you and your family," he wrote.

In an earlier letter, Friedländer's parents wrote: "If we must perish, at least we have the great good fortune of knowing that our beloved child has been saved."

The Nazis had driven naiveté from the world, "destroying the original sense of trust in the moral power of civilization," Frühwald said.

After being told he was to receive the award, Friedländer, who speaks fluent German, referred to the "terrible feeling of fear" he had sometimes felt during his early stays in Germany after World War II. 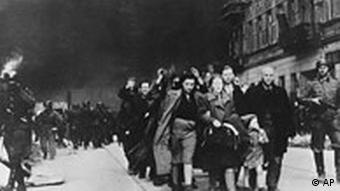 Friedländer was honored for restoring the jews' "stolen dignity"

"I had to keep going away for periods. But in time that changed," he said. Germany was now a country like any other. He even had a German grandchild in Berlin, since his daughter is married to a German musician.

He said he had a "dual response" to being awarded the annual German literary prize, and was both happy to be honored for his scholarship while aware that this was closely bound to the loss of his parents.

"I won't have mixed feelings, but I would say complex feelings," he said.

The award ceremony marks the climax of the book fair, the world's largest. More than 280,000 people attended the 59th fair, the same number as last year.

"From an economic point of view it went well," Book Fair spokesman Thomas Minkus told the DPA news agency. The politics and show business categories had drawn the most attention, he added.

The event was marred by an attack on German President Horst Köhler, who was attending the ceremony in the historic St. Paul's Church in the city center.

An apparently mentally disturbed man rushed at Köhler after the ceremony, grabbing him by the lapels before being overpowered by bodyguards and led away.

Köhler was unhurt and continued with his schedule.

Let us hear what you think. Please include your name and country in your reply.