People with severe health issues should be able to claim sex with prostitutes as a medical expense, according to the German Green party. Patients would need doctor's approval before filling a sex prescription. 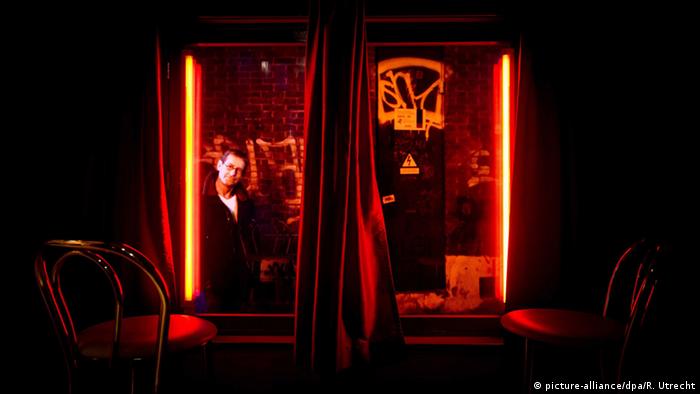 Local authorities should cover the cost of sex for the disabled in Germany, Green Party spokeswoman Elisabeth Scharfenberg told the German "Welt am Sonntag" newspaper.

"I can imagine a [public] financing of sexual assistance," she said in an article published on Sunday. Local officials could provide information about "offers of this kind in the area," as well as grant the necessary funds, Scharfenberg added.

Prostitution has long been legal in Germany and brothels currently operate across the country. In recent years, a growing number of prostitutes has started offering "sexual assistance" to people suffering from severe health issues like dementia or physical disabilities, as well as clients living in nursing homes. The services vary from "affectionate touching" to sexual intercourse.

However, there is no legal framework to claim those expenses as medical care in Germany.

The model for the latest Green party initiative is the Netherlands, where people have been able to claim sex as a medical expense for several years, "Welt am Sonntag" reported.

According to the idea pitched by Scharfenberg, the patients would need to obtain a medical certificate confirming that they are unable to achieve sexual satisfaction in other ways, as well as to prove they are not able to pay sex workers on their own.

Experts cited by the newspaper disagree about the proposed solution. Professor Wilhelm Frieling-Sonnenberg, who specializes in researching medical care, finds the idea "contemptuous towards human dignity" and a way to placate troublesome patients. In turn, sexual advisor for nursing homes Vanessa del Rae says that prostitutes are a "blessing" for people in need of care.

The German cabinet is set to debate a new law which seeks to crack down on human trafficking in the sex trade. Justice Minister Heiko Maas said such measures made more sense than a blanket ban on prostitution. (06.04.2016)