In light of last year's huge influx of refugees, the German government has announced plans for an "investment pact" to help integration. The money will also help the country's socially disadvantaged. German Environment Minister Barbara Hendricks, whose broad portfolio also incorporates construction, announced on Wednesday that between 2017 and 2020, 200 million euros ($224 million) per year would be allocated to the expansion of day-care centers, schools and community colleges.

"We want to expand our day care centers and schools to vehicles of integration and social cohesion and strengthening their anchorage in the district," she said.

Hendricks emphasized, however, that the extra funds would be of benefit not only to refugees, but "everyone" who is socially disadvantaged.

"My concern is to avoid rivalries, which can be the foundation of tensions," Hendricks said in parliament on Wednesday. "With these investments, we can prevent the social ghettos of tomorrow." 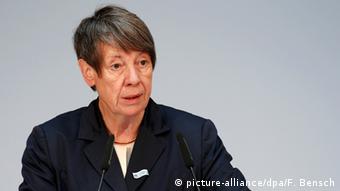 The funds aim to provide not only an adequate supply of affordable housing, but to also strengthen Germany's social infrastructure. With this in mind, Hendricks said on Wednesday that the "Investment pact for social cohesion" will be used for communitiy centeres, as well as kindergartens and schools.

As part of the plans, an "Integration Manager" will also be on hand as a point of contact for local people, immigrants, and associations.

Local governments and municipalities will be able to request funds from the pot from later in the year. Although each state and municipality will have to contribute to the funds, Hendricks said that on this occasion the amount provided at a federal level would be significantly higher than usual, in order to improve financial help among the particularly cash-strapped states.

The precise contributions made by Germany's various arms of government are yet to be negotiated. Hendricks estimated on Wednesday that the federal government would provide about 80 percent of the annual 200 million euros, leaving the states and municipalities to provide a combined sum of 40 million euros a year.

In addition to the "Investment Pact," Berlin will also provide an extra 100 million euros for existing urban redevelopment programs and a program called social city. States and municipalities awarded money from these funds must contribute one-third of the costs themselves.

A poster threatening to shoot complainers at an immigration office in the western German town of Bielefeld has caused controversy. Rights groups say the text is unacceptable, and authorities have promised to remove it. (11.06.2016)