A fund set up by the German government to compensate Nazi-era forced laborers has finished its last payments to victims. The remaining money in the fund will be used for reconciliation projects. 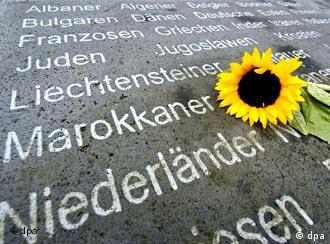 "The money has been paid and everything has run its course without a problem," Otto Graf Lambsdorff, a German politician and the fund's vice chair, said in a radio interview on Monday.

Both German Chancellor Angela Merkel and President Horst Köhler are expected to make official announcements about the successful end of the payments on Tuesday.

The fund was conceived as a way to compensate victims of Nazi-era forced labor policies. The money is intended for those who were sent to Nazi concentration camps such as Auschwitz in which they were forced to work in rough conditions and take part in sadistic medical experiments. Six decades later, many of those who survived the camps still bare the physical and emotional scars.

Money from the fund also went towards victims and their descendants who currently live in Europe including the former Soviet Union, Israel and the US. The largest group of recipients are non-Jews in Poland and the Ukraine, who survived the war. 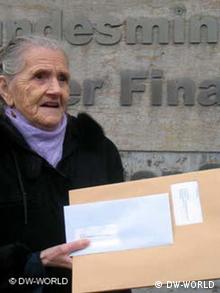 The fund compensated 1.7 million people forced to work for the Nazis

The German government created the fund in 2000 after years of debate. The money came equally from both the German government and companies such as Volkswagen, DaimlerChrysler, Bayer and Deutsche Bank, who profited from forced labor during the war. The money was a tax deductible donation, and companies that participated received protection from further legal action concerning their use of slave labor during the war.

Many companies had refused for years to help the former forced laborers. Though the Nazi regime lost the war, German companies continued to profit from forced labor. German industrial wealth was 17 times larger after the war than in 1939. For decades, the companies' executive boards avoided paying victims compensation by saying they were compelled to use slave labor.

The former forced laborers are each eligible for around 7,700 euros ($10,300). The heirs of those who have passed away can claim their relatives' shares. 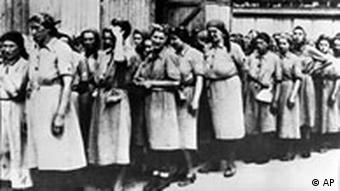 Women line up for hard labor at Auschwitz

The fund "made an imporant advancement in reconciliation between Germans and the many victims of National Socialism," Green party head Volker Beck said.

Beck voiced his opposition to the decision to shrink the size of the foundation and worried about a dominance on the board by German businessmen. Lambsdorff, a member of the Free Democratic Party, said it was necessary to restructure the organization.

"A large organization, which was needed in order to pay out so much money to the forced laborers, will not be needed anymore in the future," Lambsdorff said.

Some 60 years after the horrors of slavery under the Third Reich, 1.6 million former forced laborers have received compensation. While the struggle for payment has now come to an end, the grief and suffering lingers. (27.10.2005)