The German government has pledged a one-off investment of €100 billion to modernize its armed forces following the Russian invasion of Ukraine. 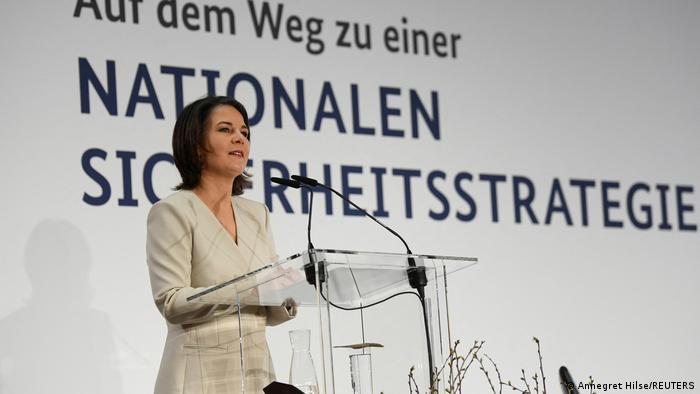 German Foreign Minister Annalena Baerbock held a speech in Berlin on Friday marking the launch of the German government's discussions on how its new national security strategy will pan out.

Berlin has conducted a series of major policy shifts in the wake of Russia's invasion of Ukraine, including a pledge to invest €100 billion ($111 billion) to modernize Germany's armed forces — the Bundeswehr.

Baerbock was speaking from the foreign ministry in Berlin ahead of a panel discussion among various German lawmakers.

Baerbock grounded her plans for the national security strategy in the need to secure freedoms and the basis for people's livelihoods.

She highlighted the need for an inclusive approach to national security, including international partners, saying that "security policy is more than just the military plus diplomacy."

"In the light of Russia's massive breach of our peace order, we need to implement the principles that guide us even more clearly into practical politics," she said.

"Decisive for me are a clear stance, a stronger ability to act and sharper tools for foreign and security policy," the foreign minister said.

Baerbock brought up Germany's "special responsibility" that comes from its history and guilt for atrocities in the Second World War.

"It is [our] obligation to stand by those whose lives, whose freedom and whose rights are at stake," she said.

"Our strength is international unity," Baerbock said. "The EU is currently formulating for the first time an extensive security policy strategy" which she says was initiated by Germany.

"This war shows once more, that the security of Europe depends on NATO's collective defense," she said, arguing that Germany's security should be complementary with EU and NATO security policies.

The foreign minister says the "tripwire" logic — where NATO forces are stationed in Eastern Europe when they feel under threat — is no longer sufficient.

"Our military exercises need to reflect new realities and we need to factor in that the eastern flank of the alliance is under a new threat, so we need more NATO presence in southeastern European countries," she said. "Germany will make a substantial contribution to that in Slovakia."

However, she reiterated Germany's goal of achieving a world without nuclear weapons. "Disarmament and arms control will remain a central pillar of our security."

Baerbock called for a new security strategy that looks to the future, including a focus on cybersecurity. "We are seeing that cyber attacks are an integral part of modern warfare," she said.

She also announced that Berlin will develop a new China strategy alongside the new security strategy, citing the instability in countries where Beijing has invested in infrastructure, such as in Africa.

Energy policy also plays a key role, especially following Russia's invasion of Ukraine. But Baerbock said the decisions that are being hotly debated currently at the EU level should have been discussed eight years ago when Russia annexed Crimea, but added that "it is not important to note who knew what in the past, it is important to get it right now.

"We need to move away from fossil energy sources and move faster towards efficient renewable energy sources," the Green party minister said. "This is not only investment in clean energy it is also investment in our security and our freedoms as well."

She called the climate crisis "the security crisis of our time." The minister stressed that global warming is already happening and is exacerbating security problems in fragile states.

"This is why climate diplomacy is an integral part of our security strategy. Every ton less of CO2, every tenth of a degree less of global warming is a contribution to human security," she added.

In that meeting, Stoltenberg praised Germany's decision to reverse its traditional underinvestment in the military, instead commiting to spend 2% of GDP on defense in line with NATO recommendations.