Germany's oldest Grand Prix race track has been turned into a provisional center to help the victims of the recent floods. Oliver Pieper reports from the scene. 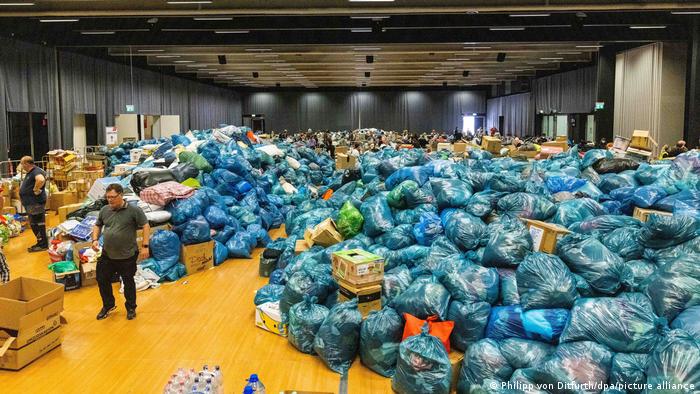 Thousands of motor sports fans had marked July 15 to 17 in their diaries for the ADAC Truck Grand Prix at the Nürburgring. For many, truck racing is the king of the sport, and they were looking forward to a battle between the steel and iron five-ton colossus in the European championships.

Ferry, a Dutchman who has worked at the event as an attendant in recent years, was also very excited and it did not take him long to decide that he would stay on to help when the floods struck.

"I'm a motor sports fan and of course I had imagined a different kind of weekend but right now helping is all that matters," he said.

He traveled from Hamm, near Dortmund, on Wednesday, a journey of 200 kilometers (124 miles), and was at a supermarket in Ahrweiler when the floods started wreaking havoc. He was just about able to arrive at his campsite in a dry state and was immediately enlisted to help. Now, he is among hundreds of other volunteers and cases of juice, margarine and water.

"When there's a family and the mother only has a towel, the man's in a dressing gown with a child, you can be as strong as you like, it brings tears to your eyes," he said. "I've seen quite a few floods in my hometown but nothing like this." 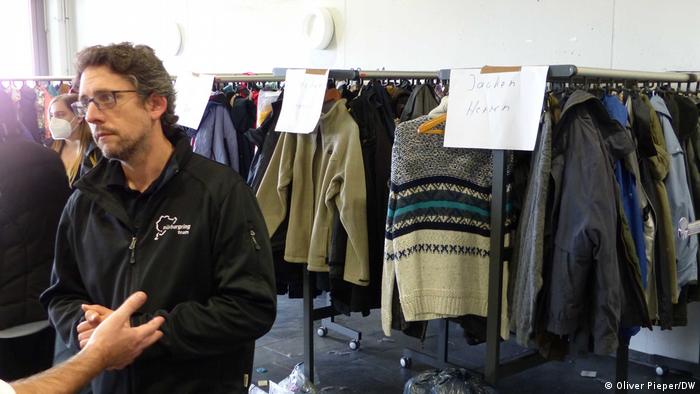 'A huge range between suffering and people helping round the clock,' said Alexander Gerhard

'Solidarity has no bounds'

Simone Becker is also a racing fan who has been coming to the Nürburgring for 20 years. It was 2 a.m. on Thursday morning when she set off for the emergency center. "My husband didn't even ask," she said. "He just drove off as soon as he heard they needed help."

"We're deeply connected to the Nürburgring and now we're needed in a different way," she added. "We're here for the important things, solidarity has no bounds." 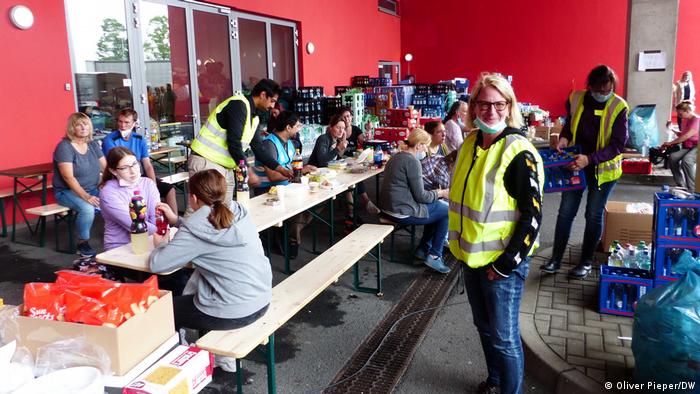 'At the moment the only focus is helping,' said Simone Becker, who normally comes here to watch races

Wearing a yellow vest, she has become a coordinator and is making sure that the hundreds of blue bags filled with food and dry clothes, toys and buggies are properly distributed. She said the most difficult task is to comfort the dozens of people who are now staying in the four-star hotel opposite.

"I'm speaking to everybody here, with all the helpers too. Everyone has to deal with their emotions somehow. And most of us have no experience of such incidents." 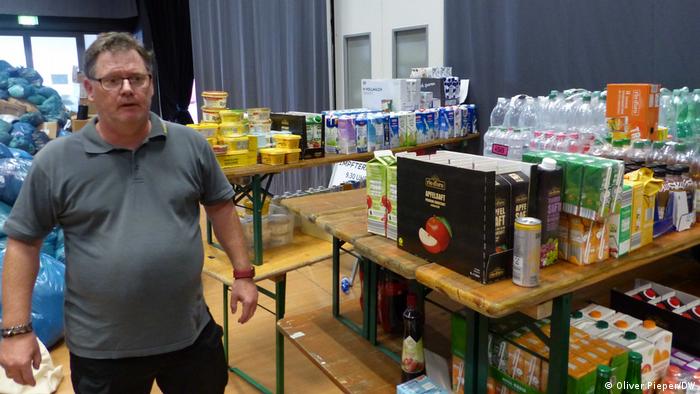 'We're sorting out the food and setting up a kind of supermarket,' volunteer Ferry said

Just a few yards away, standing in front of clothing stands for men, women, and children, is Nürburgring spokesman Alexander Gerhard, who seems to be overwhelmed by all the volunteers showing such solidarity and willingness to help.

He and his colleagues set up an aid center on Thursday afternoon and instantly communicated this on social media platforms. "In no time at all, our regional aid center turned into a national collection center," he explained. "We've got four halls of stuff, mountains of clothes." 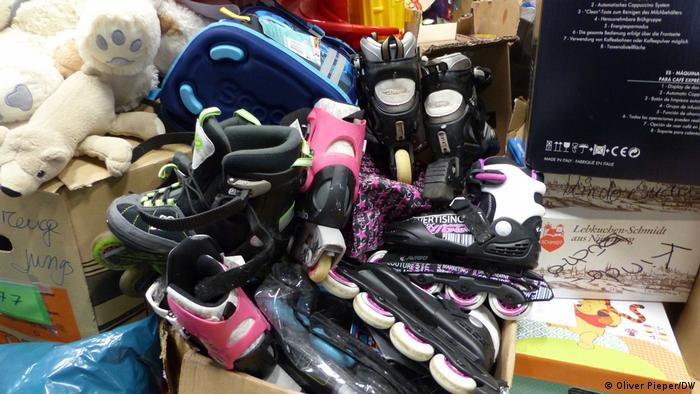 People have been coming from all over Germany and even Switzerland to help and to donate clothing. The Nürburgring has now even had to ask people to send help to other sites, explaining that all that is still needed here is drinking water and food.

The police, fire department and the Federal Agency for Technical Relief (THW) have also set up their operations at the Nürburgring because of its central location. "What is happening is unusual. The willingness to help is overwhelming. Everyone is doing the best they can. This is real-life 'love thy neighbor' spirit," said Gerhard. 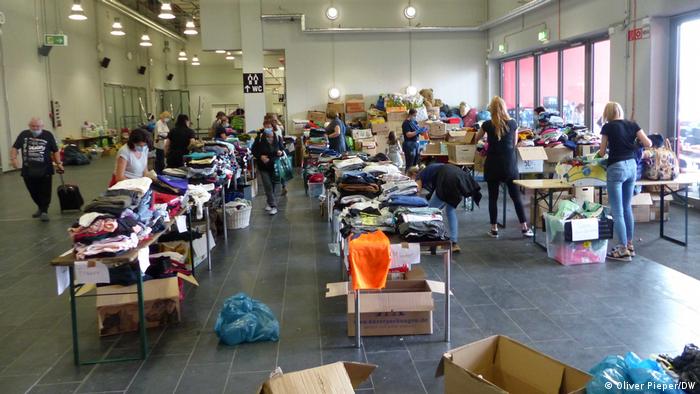 People have been coming from all over Germany and even Switzerland to help and to donate clothing.

And this spirit is exactly what Klaus Kohnz, a priest, has been preaching in Nürburg and the surroundings for over 30 years.

"People are most worried about their relatives," said Kohnz. "And then of course they wonder if they'll ever be able to go back to their homes. And then they're concerned about their jobs. Whole lives have been destroyed."

The priest is familiar with floods. He remembers how his parents' home on the Moselle River was often knee-deep in water, but he's never seen anything like this.

He said that it's mainly older people who are seeking his advice. "Of course, they're completely overwrought after the terrible experiences and they're also physically exhausted," he said. "Many of them have lost their relatives' phone numbers. These things are really hard to bear."

Kohnz sets off at the end of the day to his parish for the evening service, but said he'll be back at the Nürburgring in the morning, like all the other helpers. "The distress has really got to people. Big disasters like this bring people together," he said.

Floods in Germany leave behind trail of devastation