Did you know that fish can climb ladders? In fact, it's essential for some fish, in order for them to reach their upstream breeding grounds. One ladder near Hamburg plays a crucial role for salmon, sturgeon and eels. 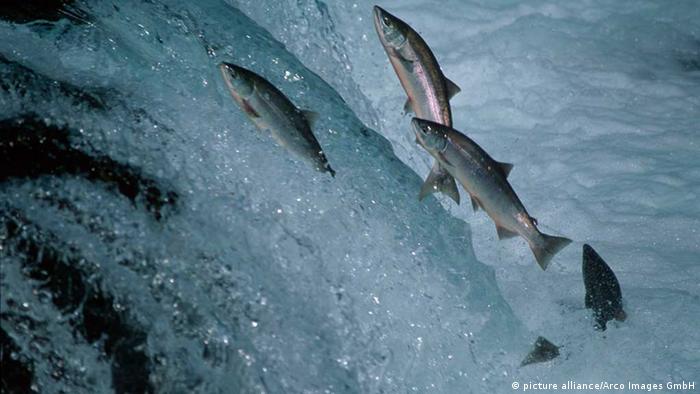 Europe's largest fish ladder is located in Geesthacht in northern Germany, southeast of Hamburg on the side of the river Elbe. It was opened in September 2010.

Since then, many different types of fish, like zanders, northern pikes, catfish, eels and trout have scaled the ladder here. The millionth fish through the passageway was in fact a burbot, 50 centimetres long and weighing almost one kilogram.

This fish ladder here is one of hundreds across Europe. On the continent's highly developed waterways, weirs, dams and locks often block the path for traffic heading upstream. 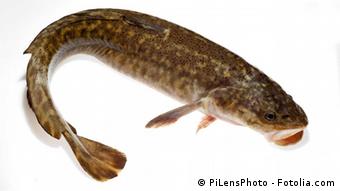 That's not just a problem for ships, but also highly detrimental to local fish, some of whom are endangered. That's why the idea of fish ladders, sometimes called fishways or fish steps, was born. The constructions, which often costs hundreds of thousands of euros to build, are composed of a series of low steps, allowing the fish to progress upstream with minimal effort.

Geesthacht's fish ladder is 550 metres long and 16 metres wide. In order to pass through it completely, the fish have to cross about 50 water pools, each about nine centimetres higher than the one before.

The concrete construction looks nothing like the original natural course of the river. But the fish don't seem to mind. They orientate themselves by means of currents. At the start of the fish ladder an artificial current helps the fish to find the entrance. Other currents lead them upwards.

Eels are weak swimmers. Therefore they need a special kind of fish ladder, the so-called eel ladder which was constructed beside the water steps. Eel ladders are watered ascending ramps with brush-like structures on the ground on which the eels can slither upstream. Additional resting areas allow the eels to have a break during their climb. 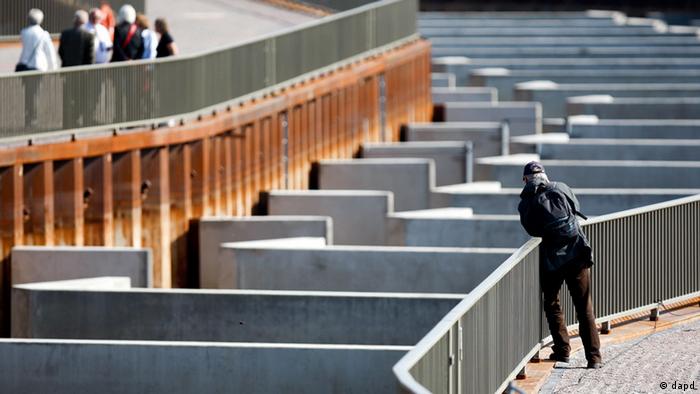 The fish ladder in Geesthacht was funded by power company Vattenfall, who recently built a power plant nearby

The entire facility was built by power company Vattenfall at a cost of 20 million euro ($26.21 million). They built the construction in the year 2010 as a goodwill gesture following the construction of a new coal power plant at Moorburg, 35 kilometers downstream from the Geesthacht weir area.

On the exit of the highest step, just a short distance away from reaching the upper part of the river Elbe, all fish are counted.

Scientists at the Institute of Applied Ecology in Marschacht near Geesthacht catch them with a bow net, document which and how many fish have managed the ascent, and then release them into the river.

Alaska's Bristol Bay is a unique ecosystem, home of the world's largest wild salmon fishery. The fish management is exemplary, but the people around the bay fear for their existence. (13.06.2012)

As endangered as the African elephant, the pygmy hippopotamus or the panda bear, European eels may be about to disappear forever. To help save the species, German rivers are being restocked. (22.05.2012)