Germany's Finance Minister Wolfgang Schäuble has warned Britain against corporate tax cuts. Schäuble is concerned a tax cutting race could impact the stability of the eurozone and give the UK an unfair advantage. 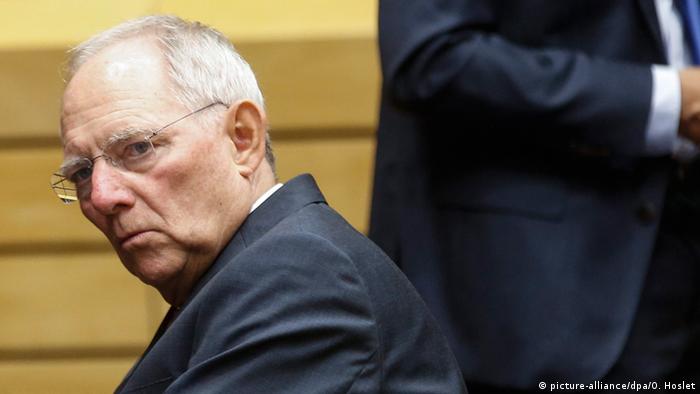 UK Prime Minister Theresa May told the employers' federation, the Confederation of British Industry on Monday: "my aim is not simply for the UK to have the lowest corporate tax rate in the G20" but also a tax "that is profoundly pro-innovation," according to the BBC.

May's plans were met with stiff resistance from Germany's Finance Minister. "Britain is still a member of the European Union," Schäuble said when asked whether plans by Britain to cut corporate tax could trigger a dumping competition. "So they are bound by European law."

May has set a deadline of next April to trigger Article 50, which will formally start negotiations to sever Britain's links with the 28-member bloc.

And in the run-up to what is widely thought to be an unrealistic deadline, the two sides are conducting a war of words and gestures, of which this appears to be the latest.

One one hand, several EU leaders have threatened to make the UK undergo what some call a 'hard Brexit' if London fails to abide by agreements while still in the EU. They argue the UK cannot have the benefits of the single market, while also ditching any obligations to free movement of labor.

Schäuble is also concerned that the knock-on effects on other economies' decisions to cut corporate taxes to compete with the UK will impact the stability of the eurozone and lead to a beggar-thy-neighbor spiral of dominishing tax returns across the sluggish EU economy.

May, meanwhile - pushed by a hardcore of 60 or so Conservative MPs and supporters of the pro-Brexit independence party (UKIP) - is playing up the advantages of lower tax rates and a more flexible economy, in particular in giving business in the UK an offsetting advantage after the UK leaves the EU.

The EU has no single legislative framework govening tax rates. After the monetary crises of 2008-2011, several high-profile German and French politicians raised the need for fiscal - as well as monetary - union.

But their calls have yet to acquire more flesh, and in some ways go to the heart of what critics of a more centralized EU are most concerned with avoiding.

A race to the bottom

Two days before the Finance Minister Philip Hammond's Autumn Statement, May set out plans to ensure the UK has the lowest corporate tax rates in the G20 group of advanced economies. The idea was even floated recently that May could try to move to a 10 percent corporation tax rate in post-Brexit UK.

Germany's corporate tax rate is 29.72 percent, while France's is 33.3 percent. Hungary leads the way with the lowest rate of 10 percent.

Donald Trump, the US president-elect, has talked of cutting the equivalent US federal tax from 35 percent to 15 percent, raising the possibility of further cuts in the UK.

Asked if she would countenance a cut to 15 percent - as Donald Trump is proposing in the US - a spokesperson said it was "speculative."

The British prime minister said in Berlin that Brexit was 'on track' despite mounting pressure on her leadership. Her comments followed a meeting with world leaders in the German capital. (18.11.2016)

If the British government wants to keep receiving substantial tax revenue from UK-based lenders, the nation needs free access to the single market, a lobby group has said ahead of Britain's divorce talks with the EU. (09.11.2016)

Merkel calls for EU-UK negotiations in spirit of future partnership

German Chancellor Angela Merkel sees no need to rush the UK into a quick divorce after the referendum on leaving the EU. However, Berlin is reported to be bracing itself for "difficult" negotiations. (25.06.2016)