The film "The Culpable" by Gerd Schneider is about three priests whose friendship and careers are shattered by accusations of child abuse. The German film director has an insider's view on Church hierarchy. 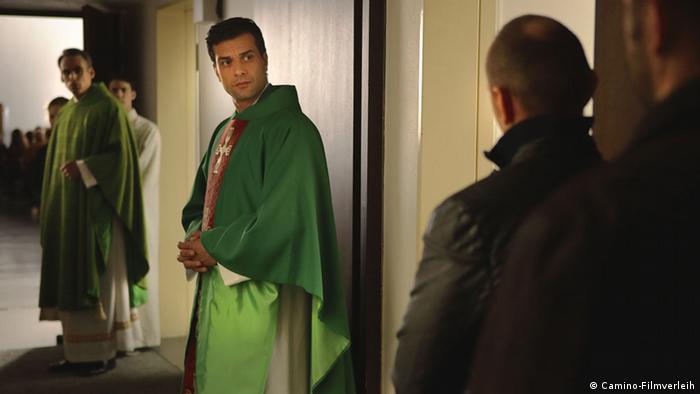 The film "The Culpable" (orginal title: "Verfehlung") tells the story of three priests, Jakob, Dominik, and Oliver, who are good friends. Then all of a sudden everything changes: Dominik is suspected of child abuse. How do the three priests deal with the accusations?

Gerd Schneider's debut film, released in Germany last week, has already received several awards at film festivals. DW met the director, who studied to become a priest in 1998 before turning to film studies.

DW: What inspired you to do "The Culpable"? Why did you choose this topic?

Gerd Schneider: That happened a while back. At the beginning of this century, child abuse by members of the Catholic Church wasn't a very hot topic in Germany yet. In the United States, there had been different scandals and the outrage was intensified by attempts to cover up the cases. At that point, the German bishops were still laughing. They were sure this couldn't happen here. Not that they wanted to hide something; they genuinely thought there had not been the same extent of abuse here. But in 2006 the stories started trickling out.

At that time, I was a Second Unit Director on a film production. That's when I suddenly got this idea: I had the image of a prison chaplain accompanying a colleague, a friend, who would have landed in prison. How should he deal with the situation? How do you deal with uncomfortable truths? That got me started. For my first film, I wanted to tell a story with substance. It's always a major challenge for a filmmaker. 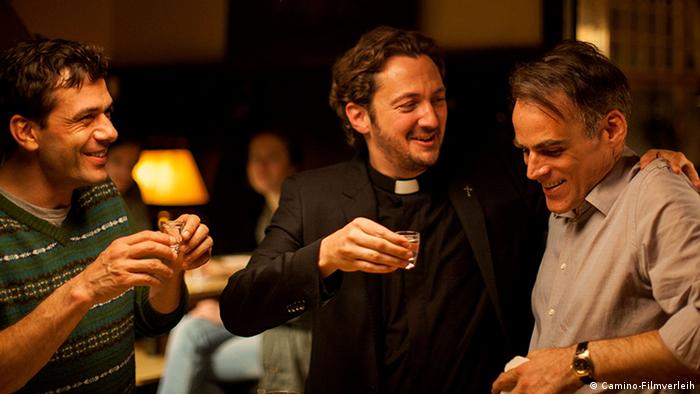 They could still laugh at the beginning: Dominik, Oliver and Jakob (Kai Schumann, Jan Messutat and Sebastian Blomberg)

Why did you choose to focus on a cover-up story rather than the actual abuse?

I didn't want to make a film where people would say, "Oh, there's a rotten apple, what should we do now?" This wasn't a new story. I preferred to focus on the aftermath, on how some members of the Catholic Church would choose to act while others would avoid acting. I didn't want to make a film about the perpetrators and the victims or about the abuse itself. This abuse is terrible, of course, but it happens even more often in families. It happens in schools or sport clubs as well, not only in Christian associations or boarding schools. Luckily, there's a lot more discussion about it now.

On one hand, the Catholic Church claims to be based on faith, morality and ethics, but on the other, it was struck by the reality that such abuse occurred within its own structures - that's what I found interesting. Some would prefer to close a blind eye to the obvious in order to protect Christian faith. This was a paradox I wanted to explore.

I wanted to show someone dealing with this directly. A Catholic priest actually has the moral tools to act ethically, even if the situation involves a close friend and colleague. But then, if he's been a priest for 15 years, he might realize he's stuck with certain dogmas, as it happens in all absolutist systems where hierarchy plays a huge role.

What distinguishes the three priests in the film? Is it their moral guidelines? 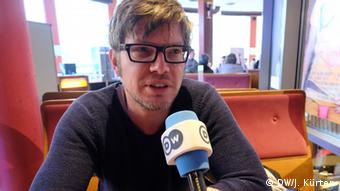 Yeah, that's a way to summarize it. There's a question of loyalty towards the Church, their friends, and above all staying true to their own conscience. The highest authority in a Christian's faith is good conscience, not the Pope! This conscience needs to be educated, which means someone serves as a guide. But it's also possible to educate your conscience by working on yourself and your conflicts.

It's a pure drama because it embodies a major conscience dilemma: What is the best way to deal with such a situation? For these characters, integrity means not only following the law but their conscience, their faith, and positioning themselves towards an institution in which they've invested many years of their life. All three of them deal with this dilemma differently.

How important was it for you to add nuances to your characters?

I felt it was important to avoid the stereotypes surrounding the image of a priest. The examples you see in films and on TV are terrible. You either get the funny fat priest who solves the crimes or the dark type who brings an apocalyptic secret out of the closet. That's rubbish. Modern priests are not like that. That's why I picked three men who weren't nerdy at all.

What is the role of celibacy in such cases? 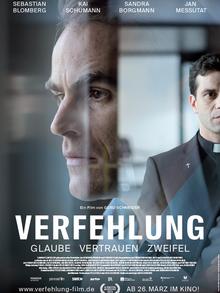 It doesn't play a role at all. I personally have a critical stance towards it, because it's a strange way to deal with man's natural instincts - but this assumes you accept they exist. There are several religious communities who live in celibacy. It's been that way for thousands of years; the Catholics didn't invent that. I accuse the Catholic Church of not wanting to find out about certain things, of consciously avoiding dealing with them.

The proportion of homosexuals in the Catholic Church is high, significantly higher than average in society. The proportion of pedophiles, however, is just as high as in the rest of society, if not lower. Celibacy is not a cause for child abuse. There are predisposing factors because these people are often involved with young people in leisurely, even sexually charged, settings. A priest is then rather seen as a buddy than an authority figure. Their power makes them interesting in the eyes of young people - for girls, too. But that happens in schools as well, with teachers…

You have already said there is no systematic cover-up, but cover-ups have a systematic character. What does that mean exactly?

Conspiracy theorists believe there are hidden files which determine the rules of conduct allowing priests to abuse children. This is nonsense. There have certainly been many cover-ups, but no "Guidelines for abuse" in the Church. The cover-ups partially have a systematic character, but that occurs on its own. It's not determined by officials. If you want a very brutal comparison, the Third Reich functioned that way, too, with a chain of command and hierarchy.

There is no bishop who arranges all the cover-ups. Because there is no blueprint, people do different things. Some will try to settle things outside of court, or avoid press coverage. Others will hire their own lawyers to keep state prosecutors out of the affair. Some of them know very well how to put people under pressure.

11mm Football Film Festival proved the power of the underdog

Stories of enemies coming together through football and filmmakers departing from the beaten path: that was the tale of this year’s 11mm Football Film Festival, which ended in Berlin on Monday. (24.03.2015)

A film is to be made based on the life of German Chancellor Angela Merkel, planned for a 2017 international release. But the question on everyone's lips: who will play the lead role? (17.03.2015)