German fashion label Hugo Boss goes public with Nazi past | Germany | News and in-depth reporting from Berlin and beyond | DW | 25.09.2011

The fashion label Hugo Boss has joined a growing number of German companies that have voluntarily commissioned investigations into their former ties with the Nazi regime during the Second World War. 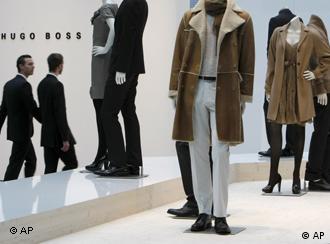 Hugo Boss began his carrier as a simple tailor. After the First World War, he founded his own company at the age of 33 in the Swabian town of Metzingen. At that time it was just a small operation with around 30 employees, moderately successful but a long way away from the world-renowned fashion label it was to become.

When the company began to feel the impact of the world economic crisis in 1931, Boss took up an offer to make uniforms for the Nazi party. And in the same year he became a card-carrying member of the National Socialists.

"The fact that he was a party member in 1931 certainly didn't hurt him, but if you look at the rest of Boss' career, then it's clear that he did not join the party just out of economic calculation," Roman Köster, who has been studying Boss' past at the Bundeswehr University in Munich, told Deutsche Welle. "Instead, one can clearly see that he was a convinced Nazi."

In 1931 the Boss' employees manufactured paramilitary uniforms for the SS and SA as well as the Hitler Youth. Hugo Boss shared the business with many other tailoring operations throughout Germany. In addition to the uniforms, Boss also made normal work clothing and shirts.

"That changed in 1938, the year in which military conscription was re-introduced. From that point on, Boss refocused his production exclusively on making uniforms for the Wehrmacht and Waffen SS," Köster said.

"But it has to be said that Hugo Boss was one company among many," he continued. "They profited demonstrably from National Socialism, they suddenly had 300 employees, but within the uniform branch that's still not a large number." 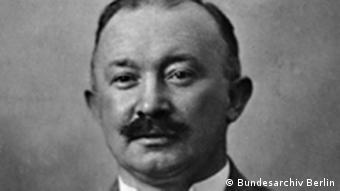 Hugo Boss was a member of the Nazi party

Köster's latest study proves that the business from the Nazis allowed Hugo Boss to enter the middle class. During his de-nazification in 1945, Boss was classified as "burdened," but was allowed to continue running his company.

He did not live to see his company rise to the status of a world-renowned brand. Boss died in 1948 in his hometown of Metzingen and his sons took over the company. In the 1960s they made the transition to suits, a line that made Boss into a global player.

Only recently has the company been confronted with accusations about its Nazi past, according to Hjoerdis Kettenbach from the Boss' communications department. The current company, which has been sold to new owners, now no longer has any ties to the Boss family.

"It is quite frustrating, but on the other hand the decision was made to continue with the name," Kettenbach told Deutsche Welle. "It's necessary to confront the past. It was our desire to conduct an objective study in order to show what happened at that time and express our regret. But today we are a different company and we want to nurture an image distinct from the past."

Hugo Boss is not the only company that has commissioned independent studies of former Nazi ties of late. This year the Quandts, an industrial family that owns the majority of BMW, broke their silence. They admitted to having used thousands of forced laborers and done business with the Nazi regime.

In 1999, Deutsche Bank commissioned an internal investigation into the company's lending practices during the Nazi era. It was reavealed that credit from Deutsche Bank was used to build the concentration camp at Auschwitz. On top of this, the German Foreign Ministry also reviewed their history recently, concluding that in the 1950s and 1960s many of its diplomats had a Nazi past.

In order to compensate the victims of forced labor, the German state established a reparations fund at the end of the 1990s. Companies with a Nazi past paid into the fund, including Hugo Boss. In the study, Köster shows how Hugo Boss interacted with his 140 forced laborers. 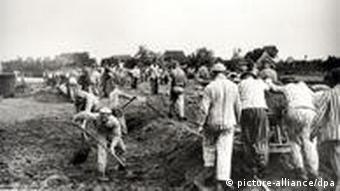 Many German companies used forced labor during the war

"Boss applied for his workers to be fed in his canteen and not in the eastern workers camp, where they had to live as of 1943," Köster said. "On the other hand we have reported cases of abuse. Laborers were threatened with the concentration camp and so on. These cases put a less than positive light on the company."

But like other companies, Hugo Boss will not reveal the amount it paid into the reparations fund.

Since the publication of the study, the fashion label feels that it has not been represented fairly in the media. Kettenbach says at least in the beginning, many daily newspapers did not acknowledge that Hugo Boss wanted to promote transparency by shedding light on its past and apologizing.

"Instead, it has been handled as if it were muckracking journalism," she said. "There are facts that have not been represented accurately and so questions like 'Was Hugo Boss Hitler's tailor?' are asked. The study, which was available to the relevant parties, clearly refutes that. It was all presented in a very sensationalist way. Our intention - we published the study voluntarily and not due to any kind of pressure - did not come across."

According to the company, dealing with the past is an on-going process that has not been concluded with the study. In the coming years, internal research will continue.

'Treblinka Survivor' is the remarkable story of Hershl Sperling, who lived through six Nazi concentration camps and called Auschwitz 'a walk in the park.' But he took his own life and his story was almost lost forever. (21.09.2011)

Germany and Italy are sparring at the International Court of Justice over reparations to victims of World War II atrocities. Italy claims Germany must pay compensation to victims of Nazi war crimes, but Germany refuses. (12.09.2011)

In late October, a group of historians published a surprisingly popular and controversial study of the German Foreign Ministry's complicity in Nazi crimes. DW spoke to one of the authors, Professor Norbert Frei. (13.02.2011)