German expressionist artist Jörg Immendorff -- known both for his artistic charisma and his colorful lifestyle, died on Monday after a long illness, his wife said. He was 61. 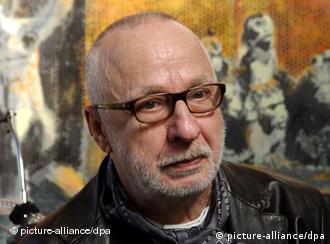 One of Germany's foremost modern artists, the 61-year-old had been suffering from amyotrophic lateral sclerosis (ALS), a disease which attacks and destroys nerve cells in the brain. 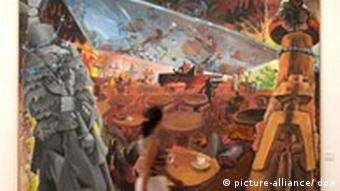 Immendorff was one of Germany's most famous contemporary artists

He died in the early hours of Monday at his home in Düsseldorf, his wife, Oda Jaune-Immendorff, said.

A charismatic figure, Immendorff was known for his flamboyant lifestyle as well as for his paintings, prints and sculptures that mixed surrealism with an element of satire.

He also ventured into the world of theater -- creating set designs for the Salzburg Festival -- and once developed his own fashion line.

"The picture has to take over the function of the potato"

The terminally ill artist testified that he only wanted to "go out with a fling" when he hired a hotel suite and invited several prostitutes to a party where alcohol and drugs were available in large quantities.

Immendorff became afflicted with ALS, also known as Lou Gehrig's disease, in 1998, and set up a foundation in his own name to finance medical research into the condition.

ALS leads to increasingly serious stages of paralysis and then to death when the person's respiratory system becomes paralyzed. 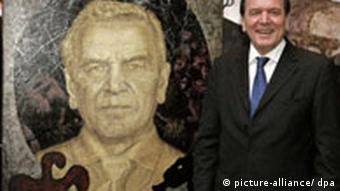 Born on June 14, 1945, in the north German town of Bleckede, Immendorff first gained attention in the 1970s with a series of works called " Café Deutschland" dealing with the division of Germany.

One of his most publicized works was an official portrait commissioned by Gerhard Schröder in which the former chancellor appears in a gilded head and clothes.

A professor at the Düsseldorf Academy of Art, Immendorff's last major exhibition was held at Berlin's New National Gallery in 2005 when he was confined to a wheelchair.

A German exhibition intended to illustrate contemporary art trends in Russia has become a victim of current political realities. (23.05.2007)