Former German chancellor Gerhard Schroeder has accused Georgia of provoking the recent hostilities with Russia by sending troops into South Ossetia and described President Mikheil Saakashvili as a "gambler." 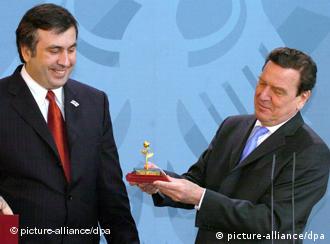 In an interview with German newsmagazine Der Spiegel that was published Saturday, Aug. 16, Schroeder said that the Georgian invasion of South Ossetia was "the moment that initiated the current hostilities."

He declined to comment on whether Russia's response was disproportionate, saying that military conflicts developed their own dynamic. Schroeder and Putin are still friends

The former chancellor, who was a close friend while of then Russian Prime Minister Vladimir Putin during his seven years in office, said Georgia's bid for NATO membership was now further off than before.

"Imagine that we had been forced into military action on the side of Georgia as a NATO member, on the side of an obvious gambler, as one must describe Saakashvili," Schroeder said.

"I don't believe Russia is pursuing a policy of annexation and I also don't believe that there will be a return to the previous status quo for South Ossetia and Abkhazia," Schroeder said, referring to the separatist Georgian regions. "That is out of the question."

Georgia and Ukraine, which is also seeking membership of the US-led Western alliance, had to resolve their internal difficulties first, he told Der Spiegel. 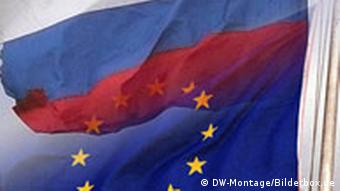 Schroeder said the West had make "serious errors" in its policy toward Russia, and Western views of Russia did not correspond with the reality there.

The former chancellor, who heads the shareholders' committee of Nord Stream, the Russian-German company building a pipeline under the Baltic Sea to pipe Russian gas directly from Russia to Germany, dismissed talk of a new Cold War.

Russian leaders were not interested in conflict with the West.

"I think little of demonizing Russia, and I believe Moscow will soon see the need for greater integration into the international community," Schroeder said.

No major global problem, whether Iran's nuclear program, North Korea, peace in the Middle East or climate change, could be resolved without Russia, Schroeder said.

He urged the European Union to press ahead with plans to forge a "strategic partnership" pact with Moscow, saying Europe risked losing influence and pushing Russia towards China if it did not work with the Kremlin.

Georgia and Russia have accepted a French-brokered Caucasus peace plan. DW spoke to Luxembourg's Foreign Minister Asselborn about the divisions within the EU on the conflict and dealing with an assertive Russia. (16.08.2008)

Chancellor Merkel was openly critical of Russian actions in the Caucasus conflict during talks with President Medvedev. DW's Ingo Mannteufel says Moscow would do well to heed the tough yet nuanced message. (15.08.2008)