A dam project in Panama long under protest has become the focus of international criticism. Supporters emphasize the benefits of green energy, while critics warn of destruction of communities and the natural world. 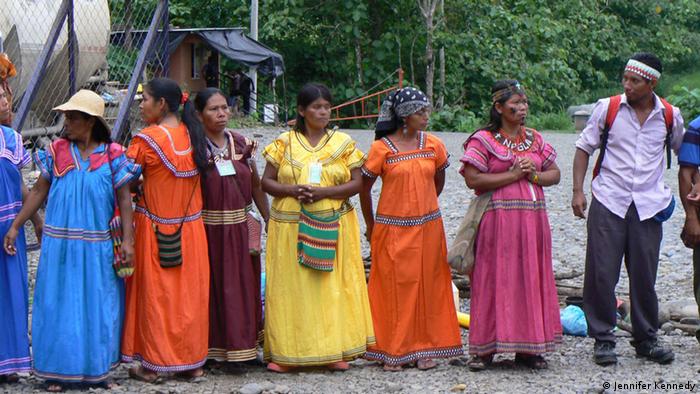 The website dedicated to the Barro Blanco dam project in Panama lists eight environmental protection points, and shows a computer-animated clip suggesting the construction is located in an uninhabited environment. But that is not the real picture.

Water held back by the dam in the country's Chiriqui province will flood some seven hectares, wiping out subsistence farmland used by the local Ngäbe-Bugle community - along with houses, a school and a sacred site.

"When I think of the plans to build the dam and that everything here will be gone, I lose sleep," a woman of the affected community recently said in an interview with a German television station.

Environmental organizations are also critical of the impact the dam will have on the flora and fauna in the region's biodiverse tropical rainforest.

"The Barro Blanco dam will transform the Tabasara River from a vibrant source of food and water into a stagnant lake ecosystem," Earthjustice maintains. The legal environmental organization supported a petition to United Nations rapporteurs in 2014. 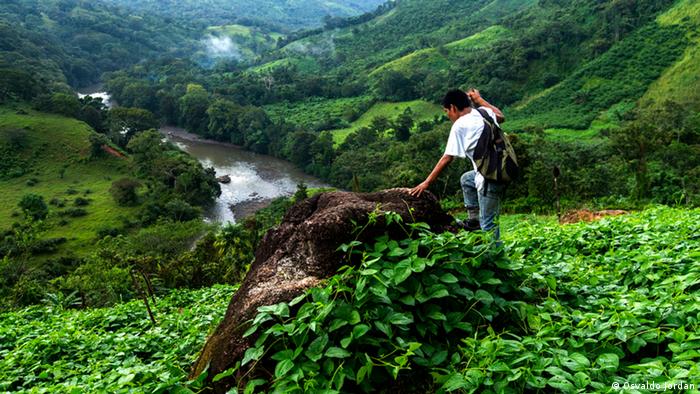 At stake: The free-flowing Tabasara River

And in 2012, in the early stages of construction, Oscar Sogandares of the Asociación Ambientalista de Chiriqui said several endemic species would "face extinction" if the dam were built.

Germany, too, is now discussing the fate of the Central American community and its endangered environment. The dam project is partially financed by German Investment Corporation or DEG, a subsidiary of the state-owned development bank KfW.

DEG is supporting this controversial project by providing the main Panamanian investor and construction company Genisa a loan worth $25 million (22.6 million euros). The Netherlands Development Finance Company, or FMO, is also involved.

According to Genisa, the dam will generate 28.5 megawatts of clean energy per year, preventing Panama from having to import 180,000 barrels of oil in the same period.

The hydroelectric plant is registered under the clean development mechanism of the UN Framework Convention on Climate Change. This allows industrialized countries to gain carbon credits in developing countries for greenhouse gas abatement projects in order to achieve their climate change goals. 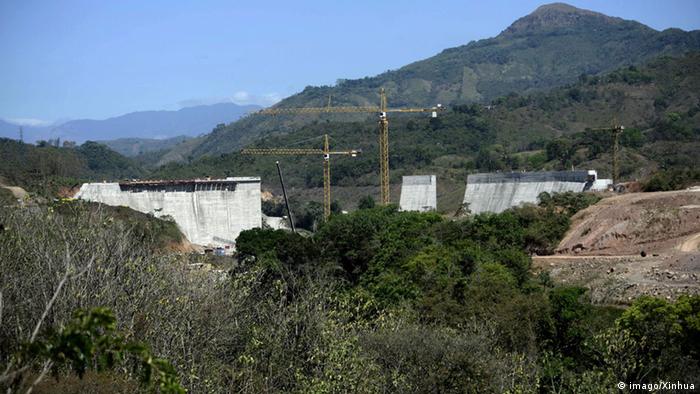 The Barro Blanco dam would provide up to 70,000 Panamanians with non-fossil fuel-based electricity

However, according to Regine Richter of the German environmental and human rights organization Urgewald, the main problem with the project near the border with Costa Rica is that affected indigenous citizens were not properly consulted.

Richter says locals should be drawn into such projects at a very early stage, and also profit from them. This did not happen with Barro Blanco, she added.

Such local grievances appear distant from the DEG headquarters. "One would assume that the Panamanian government had done its homework, and looked closely before establishing the location," Martin Geiger, head of DEG's sustainability department, told DW.

The pro-business Panamanian administration that approved an expansion of the project in 2009 was headed by Ricardo Martinelli, a president suspected of corruption and accused of autocratic tendencies.

Geigner alleges that when DEG joined the project in 2009, the local community association Comarca had already signed off on the dam. "We therefore assumed that the indigenous community had accepted the proposal, with all its members behind it," Geiger said. 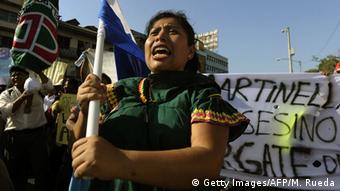 But some allege the community agreement was bought. The Pulitzer Center on Crisis Reporting said regional congress representatives were excluded from attending the session that agreed to the dam building, because they were known to be against it.

The center quoted Julian Caballeros, a member of the regional congress, as saying the president was offered a bribe in order to produce the required agreement.

In any case, Richter accuses DEG and FMO of not following up well enough in including the communities fully. "Honestly, that is a pretty sure recipe for generating conflict and anger," she said.

DEG's Martin Geiger said the bank had learned from the problems with this project. "If we were to check a project involving indigenous groups now, we would certainly look into the matter more thoroughly."

At the beginning of July, Panamanian President Juan Carlos Varela traveled to Chiriqui to ask communities to allow construction of the project - currently about 95 percent complete - to be finished. 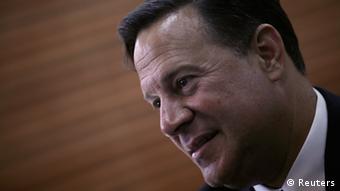 In response to protests, the Varela government in February this year declared a halt to dam construction. Prior to Varela's administration, it had been reported that peaceful Ngäbe-Bugle protests had been violently repressed by Panama's government.

In the meantime, DEG and FMO formed a complaint board, which at the end of May issued a report investigating the conflict. The report stated that more could have done to make sure the concerns of the impacted citizens were heard and considered.

For its part, the local indigenous resistance movement is still opposing the dam.

If completed, the project would feed hydropower into the national network for up to 70,000 people - it does not, however, include plans to connect Ngäbe-Bugle communities to the electrical grid.

Ecotourism or hydroelectricity in Uganda?

The Ugandan government wants hydroelectric dams to generate much-needed electricity. But the planned Isimba Dam would flood ecosystems, threatening tourism. Is it a question of ecotourism versus energy? (05.05.2015)

In a rare victory for environmentalists and a setback for China's powerful energy lobby, environmental regulators have blocked construction of a hydropower dam on an ecologically vulnerable section of the Yangtze river. (09.04.2015)

Panama: Electricity at the expense of indigenous peoples