The German Football Association has eliminated Wolfsburg from the German Cup after the Bundesliga side made six substitutions against Preussen Münster. The Wolves have appealed the decision. 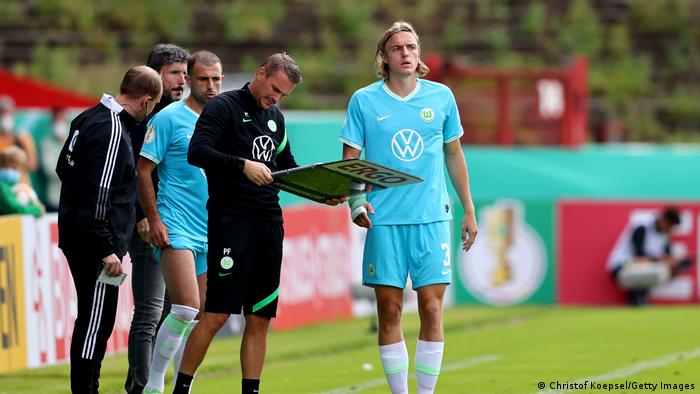 The German Football Association (DFB) has overturned Wolfsburg's 3-1 win over Preussen Münster in the first round of the German Cup and awarded the tie to the fourth division side after Wolfsburg coach Mark van Bommel made an illegal sixth substitution.

In his first competitive game in charge, van Bommel made three substitutions in regular time and then another three in extra time as the Bundesliga side won 3-1.

The result was overturned and Münster awarded a 2-0 win, but Wolfsburg have since appealed the decision.

'A careless and avoidable error'

"The clubs are responsible for informing themselves of the rules regarding substitutions and acting accordingly," said a statement from the DFB. "VfL Wolfsburg contravened these rules and thus committed a careless and avoidable error by making a sixth substitution."

In order to alleviate the effects of the pandemic, teams are currently allowed to make five substitutions per game. Unlike in the recent European Championships, however, DFB regulations do not permit an additional sixth change should a match go to extra-time.

Wolfsburg stated that Van Bommel and other members of the coaching staff had repeatedly asked the fourth official if a sixth substitute was possible. They claim the referee Christian Dingert did not object to the additional substitution, and failed to spot the irregularity until putting together his post-match report.

"Whether the fourth official falsely advised club officials during the substitution, remains open," the DFB statement continued. "Even if incorrect information was provided, the fundamental error still lies with the club." 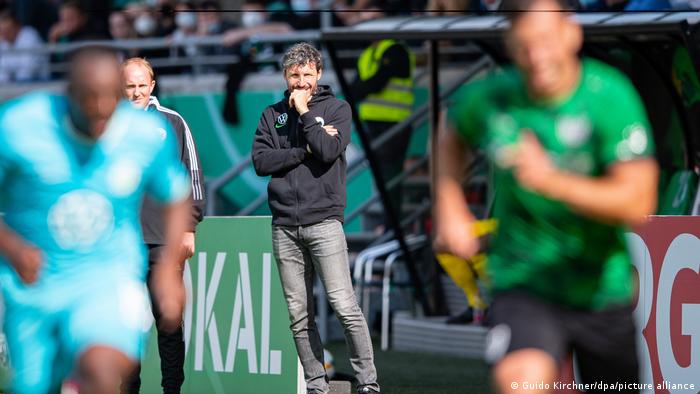 Münster: 'No winners or losers'

Following the decision, Preussen Münster's sporting director Peter Niemayer said: "We are obviously delighted that the DFB has found in our favor. Nevertheless, we don't want to speak of winners and losers.

"A game-changing error was made in an unusual situation which has now been corrected. Now, we're just pleased for our team, which went beyond its limits in the first round, and for our fans and the entire club, who can now look forward to another big day in our Preussenstadion."

However, Münster's second round berth isn't set in stone yet after Wolfsburg appealed the decision to eliminate them from the competition. The final hearing will take place on Thursday.

In August 2004, Wolfsburg committed a similar error after playing an illegible player in a first-round tie against FC Cologne's reserves.

New signing Marian Hristov had been sent off in the 2003 cup final while playing for his former club Kaiserslautern and, since Kaiserslautern were knocked out in the first round in 2003/04, the Bulgarian's ban was still valid in 2004/05. Consequently, despite beating Cologne 3-0, Wolfsburg were eliminated.