German courts take on the Flying Spaghetti Monster | Germany | News and in-depth reporting from Berlin and beyond | DW | 02.08.2017

Is a "noodle mass" a legitimate form of religious service? This has been the source of heated debate for years in the northeastern German town of Templin. Now, a court has issued a ruling on the matter. 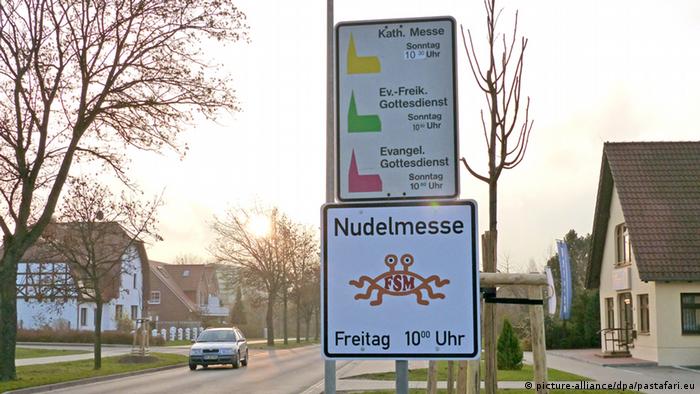 The controversy centers on four signs in the small German town of Templin, in the northeastern state of Brandenburg. At each of the four main entrances to the town, a sign erected by the Church of the Flying Spaghetti Monster informs locals of the date and time of their weekly "noodle mass," exactly like how the Catholic, Evangelical and Protestant denominations advertise their religious services.

Wait a minute - did you say Flying Spaghetti Monster? 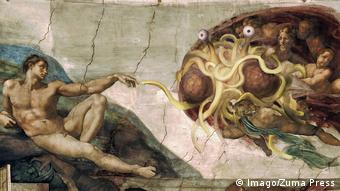 Yes, there is actually a religious organization called the Church of the Flying Spaghetti Monster, named after - naturally - a flying mass of noodles and meatballs. Its origin dates back to 2005, when US physicist Bobby Henderson published a letter in protest of a decision by the Kansas state school board to allow "intelligent design" and creationism to be taught as an alternative to evolution in public schools. If creationism is allowed to be taught to students, Henderson argued, then so should pastafarianism, whose deity is the Flying Spaghetti Monster.

Cut to 12 years later: In New Zealand, "pastafari" weddings are recognized by the state, while in the US soldiers are able to have "Atheist/FSM" (for "Flying Spaghetti Monster") inscribed on their dogtags. And in Brandenburg, the Higher Regional Court had to decide if the Church of the Flying Spaghetti Monster (operated in Germany as a so-called registered association) had the right to display the signs in Templin. 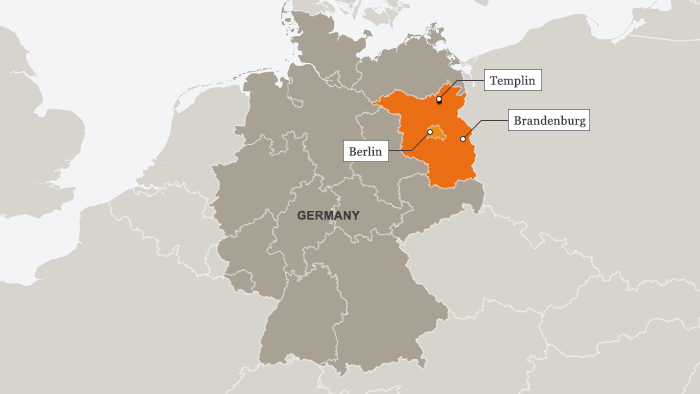 An organization with public benefits?

Those familiar with German law know that in order to be legally recognized as a registered association, an organization must demonstrate its benefit to the public - something that's easier said than done for a carb-based religious parody. "Our concern - also according to the organization's charter - is the promotion of a scientific worldview," said chairman Rüdiger Weida, who goes by the pastafari name "Brother Spaghettus."

"Earlier there was the addition of 'factual and satirical means,' but we had to change that a little following pressure from the tax office because there wasn't enough of a clear public benefit," he said.

On the organization's website, the church's statement reads: "We represent and promote a consistent naturalism. That means that everything in the world comes from nature - there are no fairies, elves, gods, trolls or other make-believe creatures." Yet a preceding paragraph casts doubt on the non-existence of the spaghetti monster, describing it "as extremely unlikely, but not completely impossible." At the same time, complicating the issue, Weida criticizes the founding Church of the Spaghetti Monster in the US as "silly, existing mainly for partying and noodle recipes; any serious social concern is minimal." 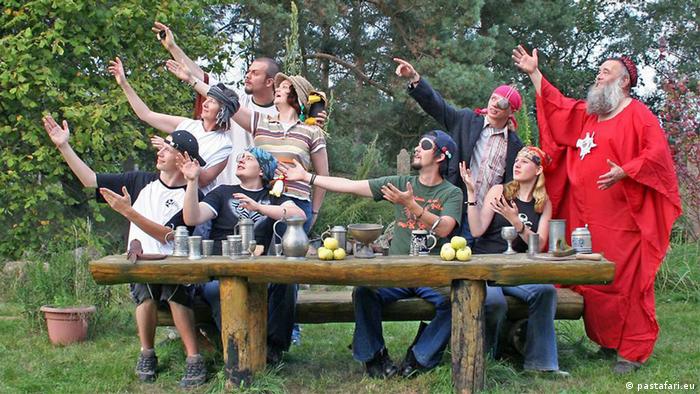 Weida (in red), or Brother Spaghettus, leads Pastafaris in their pursuit to advocate a scientific worldview

An alternative or satirical religion?

As journalist Daniela Wakonigg, a theologian and author of a book on the Flying Spaghetti Monster, explains: "Alternative religions are associations with the goal of living out their own lifestyle or building their own fandom, but satirical religions have a serious concern - namely, criticizing the special position granted to religions in society." A community such as the pastafarians want to "hold up a mirror to established religions - especially regarding the non-provability of their gods, the inconsistency of religious argumentation and the special position they demand in society due to unchallenged beliefs," Wakonigg told DW. One method of doing so is erecting signs on the side of the road.

However, the signs seen in the photos included in this article have long been removed. In the course of their disputes with the authorities, the organization learned that the signs with information about the worship services are not public property, but rather paid for by the churches, who "very clearly" have the right to determine which signs are displayed - and which aren't. "We want our own signs, just as the other churches have their own signs," Weida said.

A regional court in the eastern city of Frankfurt (Oder) denied the association in Templin that right. In doing so, the judge declined to determine whether or not the pastafaris actually represented anideological community, instead referring only to the legal content of an agreement between the association and the authority in charge of the roads. 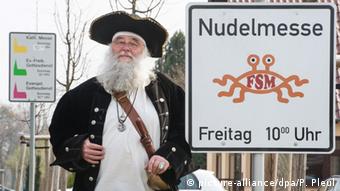 The pastafaris were not satisfied with the outcome. Weida next went before the Higher Regional Court. During the July 7 hearing, he wrote on his blog that "the chamber in Brandenburg came to the conclusion that in the end it all comes down to whether we're an ideological communityor not."

"If it becomes clear that we are an ideological community, then surely there will be proof that the contract with the road authority is legally binding," he wrote.

The hope, alas, was in vain: The court ruled that the Church of the Flying Spaghetti Monster was not an ideological community, and therefore had no right to its own signs. But Brother Spaghettus isn't giving up: If necessary, he will take the fight all the way to the European Court of Justice, he said after the verdict.

The ruling is the latest in a long-running legal battle brought by a Muslim woman who was banned from teaching in the city. Some lawmakers are now calling for Berlin's controversial neutrality act to be changed.