Since the turn of the century a southern German brewery has been using the word "wholesome" on its label. Now a top German court has ruled that the word is misleading on the basis that beer can be bad for you. 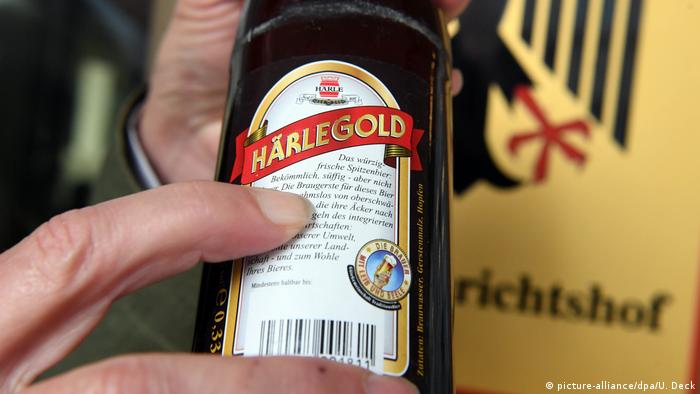 What does the word 'wholesome' really mean

It is no secret that Germans take their beer, and everything that pertains to beer, very seriously. There is even a German beer purity law called "Reinheitsgebot" which literally means "purity order" and limits the number of ingredients in beer. Bavaria first introduced it in 1516.

The issue began with the Härle brewery in southern Germany describing its beer as "bekömmlich" which roughly translated means, "wholesome." Health activists got upset and took them to court.

A lower court in Stuttgart had ruled that the word created an inaccurate association with health benefits from beer. The Härle brewery appealed to the highest court in the land.

A question of semantics

The brewery has used the slogan "Wohl bekomm's!” (To Your Health!) from as early as the 1930s. Since around 1900, the company has also been using "bekömmlich" in some of its advertising, including the current slogan: "wholesome, quaffable — but not heavy."

That eventually caught the eye of the Association of Social-Minded Competition (VSW) — a lobby group focused on advertising inaccuracies — who argued that the term was misleading.

"My great-grandfather described his beer as wholesome," brewer owner Gottfried Härle told the court on Thursday. "Enjoying beer in moderation is absolutely wholesome." 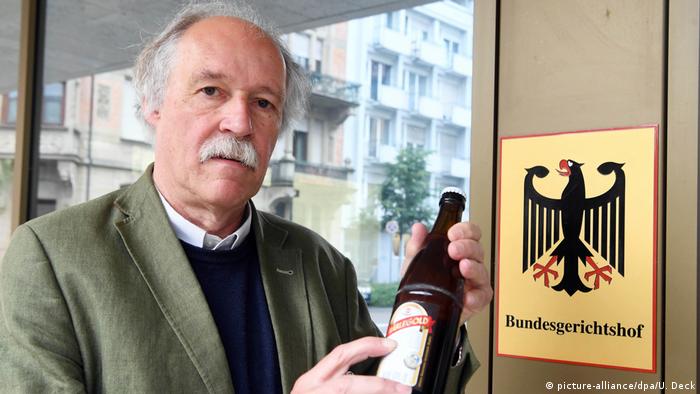 The VSW's lawyer, meanwhile, countered that the word suggested that drinking the beer could have no negative effects.

The word "bekömmlich," from which the English adjective "becoming" is derived, can be interpreted in several ways, making the verdict difficult for the court. As originally used, the word could have been translated as "acceptable" or "comfortable." But, in modern German, its meaning has evolved to mean "easily digested" or "agreeable."

The association argued that that was not a term that could be lightly used with beverages that had an alcohol content of between 2.8 and 5.1 per cent. They say that as it is a "health-related" claim, it has to be used properly.

Under EU law, the use of such a term would be limited to drinks with an alcoholic content of less than 1.2 per cent.

This is not the first time that people have gone to court over alcohol labeling. The European Court of Justice (ECJ) previously blocked German vintners from using the term to describe their wine. They noted that alcohol consumption has health consequences and that consumers need to be protected from misleading advertising.

Thus, the association claims that there is a precedent for forbidding the Härle brewery from using the word. They add that the term not only implies general well-being but implies a "long-term promise” that consuming the product regularly carries no health risks.

Gottfried Härle, the brewer says he understands the word as "purely a statement of quality" with a long tradition. Ultimately, the judges disagreed with him.

A Mannheim brewery has apologized after printing 32 World Cup team flags on its beer bottles. Social media users took issue with the Islamic statement of faith — part of Saudi Arabia's flag — being linked to alcohol. (12.05.2018)

What Germans reveal about themselves through the beer they drink

Pilsner, Pale lager or the dark Imperial Stout? Your preference in beer can reveal a lot about you, says a recent study. (07.11.2017)