German Catholics leave church in droves | Germany | News and in-depth reporting from Berlin and beyond | DW | 06.04.2011

A record number of Catholics in Germany have turned their backs on the church. They officially cancelled their membership in the wake of child abuse scandals that rocked church institutions across the country. 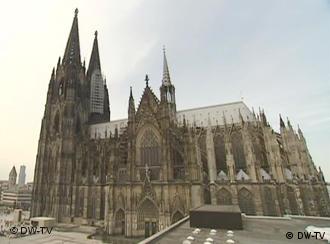 A record 180,000 German Catholics left their church for good in 2010, and it appears the child abuse scandal was the main reason for the dramatic rise in departures.

Data provided by 24 of Germany's 27 Catholic dioceses and published this week by the newspaper Die Zeit shows that 50,000 more Catholics cancelled their church membership last year than in 2009, an increase of 40 percent.

It was what the church had feared, Alois Glück, head of the lay Central Committee of German Catholics said.

"It's a dramatic signal and a clear message that we have to take the issue seriously; winning back people's trust has to be at the core of our efforts for renewal and dialogue."

Germany has faced revelations over the past year that hundreds of children were physically and sexually abused in church institutions throughout the country. All but a handful run were by the Roman Catholic Church.

It looks likely that this is also the first time in Germany's postwar history that more Catholics officially renounced their church membership than Protestants: Germany's Protestant church estimates that just under 150,000 people left in 2010.

The wealthy diocese of Cologne, Germany's largest, saw the biggest drop in membership ever last year. The city's vicar-general, Dominik Schwaderlapp, said the departures were painful for the Catholic church because many people apparently chose to leave the church as "their personal form of protest and of expressing their disgust at the scandal."

Hardest-hit were a handful of dioceses in deeply Catholic Bavaria, which saw up to 70 percent more people leaving the church than the year before.

Matthias Kopp, press spokesman for the German Catholic Bishops' Conference, said that every single person who left was a human loss for the church. "The German bishops won't ignore that, they want to win back lost credibility."

The bishops, who have been criticized for their slow response, have meanwhile offered compensation of up to 5,000 euros ($6,900) to the sexual abuse victims. None of the offenders can be prosecuted because of a three-year statute of limitations. Some of the sexual abuse cases occurred in the 1950s, most of them in the 1970s and 1980s.

In Germany, membership in a religion is more than symbolic - it has a concrete financial significance, as members of a religious group officially recognized by the government in Berlin pay a "church tax" that is automatically deducted from their monthly paychecks.

The Catholic Church in Germany has recommended a sum of 5,000 euros to compensate sexual abuse victims. The church will also contribute extra money to a so-called "prevention fund" and pay for therapy for the victims. (02.03.2011)

With many Catholic churches across Germany unable to hold Sunday Mass for lack of a priest, eight Christian Democratic politicians have sent a letter to Germany's bishops demanding the ordination of married men. (25.01.2011)

The Catholic Church must discuss issues such as priestly celibacy, said the head of the church in Germany, Archbishop Robert Zollitsch, who also confirmed compensation would be paid to victims of clerical sexual abuse. (24.09.2010)