With many Catholic churches across Germany unable to hold Sunday Mass for lack of a priest, eight Christian Democratic politicians have sent a letter to Germany's bishops demanding the ordination of married men. 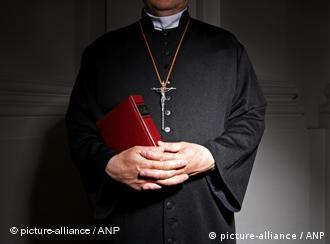 Many Catholic congregations in Germany have no priest

A handful of Catholic German politicians have sparked renewed debate over the ordination of married priests.

Eight members of Chancellor Angela Merkel's Christian Democratic Union (CDU) urged the German Bishops' Conference to consider allowing married men into the priesthood, ahead of the clerics' meeting in the southern city of Würzburg last weekend.

The letter - signed by Bundestag President Norbert Lammert, Education Minister Annette Schavan and former state premiers Bernhard Vogel, Erwin Teufel and Deiter Althaus - stated it was "of urgent importance, in light of the worrying and growing shortage of priests, that Germany's bishops take on the ordination of 'viri probati' ['established men'] as their own cause." 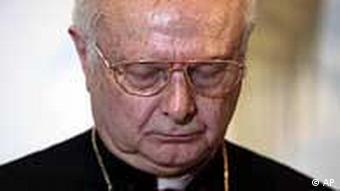 The letter continued: "The reasons for adhering to the long-standing tradition, though it was not irrefutably decreed by Christ, are in part justified, yet they do not weigh as heavily in our consideration as the dire needs of priestless congregations, which are no longer able to hold Sunday Mass."

No exceptions for Germany

While the signatories urged German bishops to put pressure on Rome, they also said they would settle for the Catholic Church making an exception to allow the ordination of married priests in Germany only.

In its response to the letter, the Bishops' Conference did not rule out the ordination of married men. However, it said the issue was of "global church scope and demands the corresponding formation of opinion and decision on a global church level."

That decision, the bishops said, would take place in a few years' time.

Meanwhile, CDU parliamentarian Patrick Sensburg, along with several other CDU politicians, expressed opposition to the letter and support of priests' celibacy. Sensburg, who called celibacy a "great good" said it would be "quite a pity" to burden Pope Benedict XVI's September visit to Germany with a "separate path for Germany."

Lammert meanwhile told WAZ media group over the weekend that if the bishops were reluctant to bring the topic to the fore, "then dedicated laypersons must do it." He said he was certain there were "a number of bishops who will be happy we are opening the discussion."

German lay groups did show their support for the proposed reform, despite a less than enthusiastic response from the Bishops' Conference. 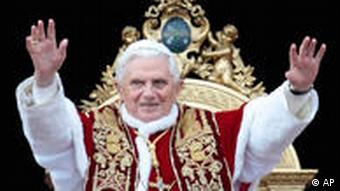 In 1970, before becoming pope, Joseph Ratzinger predicted the Church would ordain married men

Lay Catholic movement We Are Church (WsK) invited its members to a "spontaneous vigil" on Monday morning, outside the Bishops' Conference in Würzburg. A spokesperson for the organization said they wanted to "visibly begin the path of dialog" that the bishops had promised at their autumn conference.

The head of Germany's Catholic youth association BDKJ also came out in support of the politicians' letter.

Dirk Tänzler told the newspaper Neue Rhein Zeitung that it was time for consideration of the Catholic Church's problems within Germany and said the letter might bet the "first step."

"We can't always pass problems that we experience at a national level on to Rome," he said in criticism of the bishops' reluctance in the matter.

Another lay organization, the Central Committee of German Catholics, meanwhile pointed to a resolution it passed in 1994, urging German bishops to "emphatically recommend the Holy Father reconsider the canonical conflation of celibacy and the priesthood and that he soon allow for the ordination of married men."

According to conservative German daily Die Welt, the number of priests has dropped in Germany from 15,500 in 1960 to some 8,500 today. In that time, the newspaper reported, the ratio of clerics to parishioners also dropped from one to 5,000 to one to 15,000.

Since 2009, the Catholic Church has allowed the ordination of some married Anglican priests who decide to convert to Catholicism.

Coptic Christmas Masses go ahead under specter of Islamist threats

Coptic Christians celebrate Christmas on Friday, but this year's liturgies and feasts will be held under the threat of calls by Islamist militants linked to al Qaeda to carry out attacks on Coptic churches in Europe. (06.01.2011)

Tens of thousands of German Catholics cancelled their church membership in 2010 - considerably more than in 2009 - taking their automatic tax donations with them. The recent abuse scandals motivated many church-leavers. (19.12.2010)

Bernhard Schueth's marriage collapsed, but he found love again. It cost him his job. The Catholic church where he worked fired him on ethical grounds in 1997. The European Court of Human Rights has ruled this was unfair. (23.09.2010)