Politicians and Catholic groups have criticized Pope Benedict XVI for his continuing silence on the widening sexual abuse scandal in Germany. They have rejected allegations of a campaign to discredit the pope. 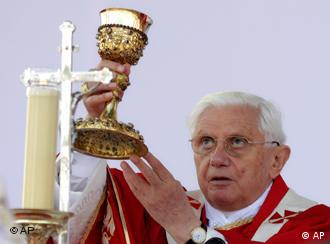 The pope has not yet commented on the abuse scandal

The Catholic reform organization "We are Church" has strongly criticized Pope Benedict XVI for failing to speak out on the child sex abuse scandal rocking the Roman Catholic Church in Germany.

"We are disappointed the pope has not even mentioned the scandal so far. A few words of compassion with the victims is the least we would have expected," Christian Weisner of "We are Church" told Deutsche Welle.

In the past, Benedict XVI strongly condemned pedophilia and abuse; and on Monday March 15 the Vatican announced the pope was going to send a letter to Irish bishops detailing new measures to crack down on pedophile priests. Ireland was rocked by child sex abuse cases in 2009.

But the pope has yet to comment directly on the scandal rocking his home country, Germany.

Germany's Catholic youth organization has also called for a statement from the pope. Chairman Dirk Taenzler told the Berliner Zeitung newspaper that the "Catholic Church is in one of its worst crises since 1945." 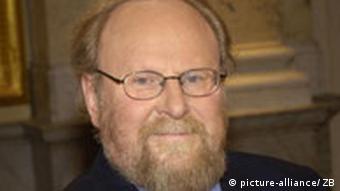 The Church's crediblity has been badly damaged by the scandal, Thierse says

Wolfgang Thierse, deputy speaker of the German parliament and a member of the board of the Central Committee of German Catholics told German public television that the credibility of the Church had been severely damaged.

"An institution with such high moral claims has to be subject to these higher standards itself," Thierse said.

Over the weekend, the scandal moved closer to the Vatican, with German media linking Pope Benedict to a pedophile priest during the time when the pontiff was archbishop of Munich in the early 1980s.

Reports said the pope permitted the priest to be transferred to his diocese for therapy. Later the priest was allowed to work with young people again and once more was charged with sex offences and was convicted.

On Saturday, the Vatican dismissed the increasing pressure on the pope as a campaign to discredit the pope. Weisner of "We are Church" strongly denies such allegations.

"There is no campaign - we are part of the Roman Catholic Church and have the deepest respect for the pope," he said.

Weisner says it's crucial for the victims to be given a voice so that there can be a process of reconciliation. If the victims were invited to take part in a dialogue with the Church, they could take on an active role in fighting the problem.

Around 150 cases of sexual abuse have been reported at more than 20 Catholic schools across the country since January but it's believed that this is only the tip of the iceberg. 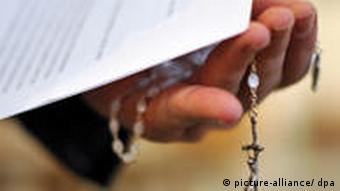 The Church as a role model?

In the wake of the sexual abuse uncovered in Catholic institutions, similar cases have also surfaced elsewhere. Those include Protestant children’s homes and private boarding schools not affiliated to any church.

Weisner however argues that the Catholic Church has to live up to standards higher than those observed by the rest of society.

"It’s true that the majority of abuse cases happen in families or other situations. But the Roman Catholic Church claims to be a very high moral authority, so it has to be measured by these standards."

"In fact, the Church could actually be a role model on how society should deal with such cases of sexual abuse," he said.

Politicians in Germany have been voicing similar sentiments. Wolfgang Thierse argued that an institution claiming "such high moral authority" had to apply these same standards to its priests.

"The church has to be more honest and stricter. That, of course, also applies to the pope," Thierse told German public television.

Germany's Justice Minister Sabine Leutheusser-Schnarrenberger has called for an independent inquiry similar to those conducted in the US or Ireland.

The minister also pushed for more dialogue with the Catholic Church, calling for a round table discussion which Church officials so far have rejected.

As an archbishop in Germany in the 1980s, current Pope Benedict XVI accepted a known paedophile priest into his diocese. The priest later sexually abused minors again. (12.03.2010)

As more and more allegations of sexual abuse in Catholic institutions come to light, German politicians debate whether to extend the statute of limitations for civil and criminal prosecution. (09.03.2010)