Germany debates extending the statute of limitations for sexual abuse | Germany | News and in-depth reporting from Berlin and beyond | DW | 09.03.2010

As more and more allegations of sexual abuse in Catholic institutions come to light, German politicians debate whether to extend the statute of limitations for civil and criminal prosecution. 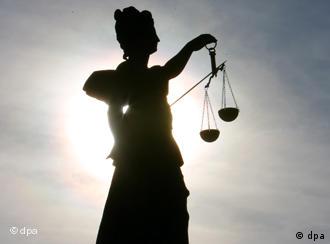 Most of the reported abuse cases happened too long ago

A rash of reported cases of sexual abuse and molestation in schools and other institutions run by the Catholic Church in Germany has led to a discussion about whether the country's time limit on civil and criminal prosecution of abuse cases should be raised.

Most of the alleged abuse now being reported occurred decades ago. Experts say it often takes years for victims to gather the courage to come forward and deal with what happened to them. German law allows for criminal prosecution only within 10 years of the alleged victim turning 18. The statute of limitations for pursuing financial compensation through a civil suit is three years.

Members of the Christian Democratic Union and their Bavarian sister party, the Christian Social Union, as well as coalition partners the Free Democrats, are calling for extending the amount of time when an alleged victim can sue for punitive damages and for pain and suffering. They argue that victims should be able to sue until up to 20-30 years after the crime occurred.

"We see a need for action in civil law as well as in criminal law," said the Free Democrats' parliamentary spokesman for national justice issues, Max Stadler. "The regular statute of limitations of three years for collection of punitive damages and compensation for pain and suffering is clearly too short."

Some in the church are echoing the call for an extended limit, including Bamberg Archbishop Ludwig Schick, who said he supported raising the limit to 30 years. 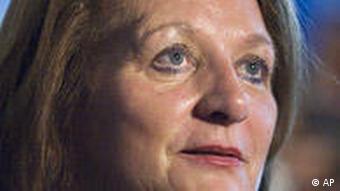 Leutheusser-Schnarrenberger is against changing the statute of limitations

But Germany's justice minister, Sabine Leutheusser-Schnarrenberger, said that the priority should be on investigating cases more promptly, rather than extending the statute of limitations.

"I think it's best if the appropriate authorities are informed as soon as there is any suspiscion or evidence of sexual abuse," Leutheusser-Schnarrenberger told Deutsche Welle. "Then the incident can be investigated quickly. Only then can you really establish what happened. After 30 years that's very difficult."

Green Party chief Renate Kuenast said her party was also against raising the statute of limitations.

"This debate is a distraction from what's really important right now, which is the investigation into what happened," Kuenast told the Neue Westfaelische newspaper on Tuesday.

A round table for truth and reconciliation?

Leutheusser-Schnarrenberger wants a round table of church leaders, government officials, doctors, teachers, and local representatives to meet on April 23. The goal will be to discuss how to prevent sexual abuse and to establish a code of conduct for public institutions. The meeting could also talk about how to compensate abuse victims.

Munich Archbishop Reinhard Marx has said he would welcome such a discussion. But in an interview with the news agency KNA, he cautioned against holding churches and their employees under suspiscion without proof.

"Things like this were never discussed... At the beginning of my time there were a lot of problems with the reorganization of the choir, which were the main focus of interest," Ratzinger said in an interview on Tuesday.

The brother of the German-born pope directed the Domspatzen choir to which the school was attached. He is not implicated in any of the abuse allegations.

The German Catholic Church is losing massive numbers of members. Nearly 360,000 people left last year alone. Many were deeply involved in their parishes but have decided to leave. Why?