Intercity coach network Flixbus has announced they will offer free rides to climate change protesters this month. Over 400 protests are planned in Germany as part of a global day of action on September 20 and 27. 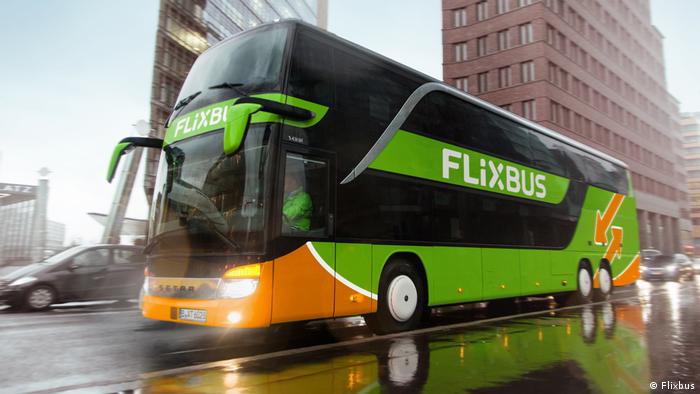 For those planning to attend climate change demonstrations this September, a German bus company is offering free travel.

Flixbus is Germany's biggest intercity bus company and on Monday they unveiled the plan as part of its goal to become carbon-neutral by 2030.

The worldwide protests are planned for September 20 and 27 and are part of the Fridays for Future school strike campaign. The Global Climate Strike invites adults to join schoolchildren and protest in major world cities.

"We want both our customers and our employees to take part in the global strike movement for a sustainable future," said Flixbus managing director André Schwämmlein. Workers of the corporation are permitted to miss work to attend the protest.

Anyone wanting to travel to a protest by Flixbus will need to take a selfie at the strike in order to have the cost of their travel refunded. There is no limit on distance or cost of the journey.

Flixbus has long prided itself on its environmentally-conscious business model. When booking a ticket online, customers can pay a little extra to offset the carbon impact of their journey. According to their website, this money goes to support verified environmental causes in different parts of the world.

Flixbus aims to phase in electric buses over the coming years. Most of the current buses which Flixbus operates are diesel models.

The Fridays for Future movement began in August 2018 when 15-year-old Greta Thunberg striked from school for consecutive Fridays in front of the Swedish parliament building to draw attention to the climate change crisis.

Thunberg will be protesting in the US where she arrived last week after travelling over several days by carbon-neutral sailboat.

A bus traveling from Berlin to Munich has had a severe accident, killing one person. Early indications show the driver fell asleep at the wheel. (20.05.2019)