The German government reported a record half-year surplus, even though the overall economy slipped back a gear in the second quarter after a solid gain in domestic demand failed to offset weaker trade. 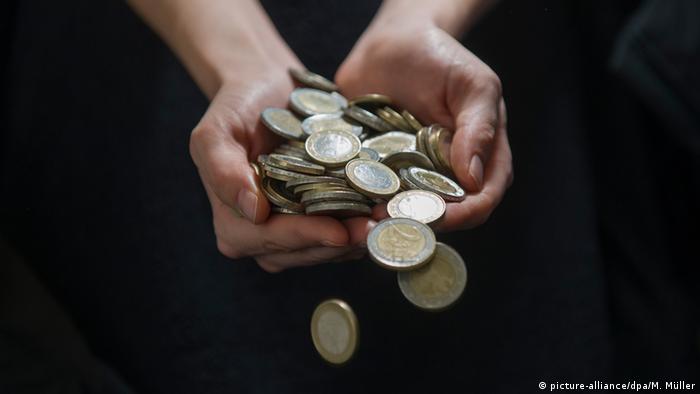 Germany's federal budget surplus hit a record 18.3 billion euros ($21.6 billion) for the first half of 2017 thanks to a solid economic performance and rising tax revenue, according to the Federal Statistics Agency (Destatis) on Friday. This figure takes into account the budgets of the central, state and local governments in addition to the various social security funds.

The surplus was not distributed evenly among the various offices though. The central government, for example, recorded a deficit of 2.5 billion euros, mainly due to a repayment of 7.1 billion euros to energy companies for a nuclear fuel tax which was rules illegal. State and local governments on the other hand added 8 and 6 percent respectively.

Although the country has once recorded a higher surplus since its reunification in 1990 - in the second half of 2000, when it recorded a surplus of 28.8 billion euros - this is the highest level recorded without one-off effects. The 2000 surplus record was only possible thanks to a special auction of mobile bandwidth frequencies.

How ready is the German economy for the future?

The statisticians also revised Germany's 2016 budget surplus upward, calculating that it was 25.7 billion euros for the whole year rather than the 23.7 billion euros given in a first estimate published in February.

The news is likely to boost the campaign of Chancellor Angela Merkel ahead of September's general election as she's highlighting the benefits of balanced state finances for the economy at large.

With its surpluses, Germany stands out from much of the rest of the eurozone where many governments run budget deficits that are often higher than the 3 percent allowed under EU rules. They are critical of Germany's finances, saying it is hoarding money when it should be spending on infrastructure and projects to boost the eurozone economy.

The German budget is also being helped by an economic recovery that is keeping Europe's biggest economy comfortably set on the growth track in the second quarter of 2017, with output increasing by 0.6 percent, according to Destatis data.

The final figure confirmed a previous flash estimate, with the statistics showing that the increase was driven by stronger than expected private consumption. An increase by 0.8 percent quarter on quarter had only been matched once since 2011, Destatis said.

Government spending was 0.6 percent higher, while corporate investment also posted a strong rise. In addition, the construction industry ended the second quarter on a high note as historic low interest rates and higher wages were driving a housing boom. Monthly order books for the building industry had posted a 3.9-percent jump in June compared with May.

However, hopes for an acceleration of growth may have dimmed somewhat as German business morale dipped slightly in August, although staying close to last month's all-time high.

A closely-watched survey of German business moods published by the ifo Institute on Friday, said its business climate index fell to 115.9 points this month after reaching an all-time peak of 116 points in July.

But ifo president Clemens Fuest noted in a statement that sentiment among German businesses remained very strong. "Germany's economy remains on track for growth," he said.

The dip was down to business leaders' slightly less positive assessments of the current situation, while their outlook for the future brightened, according to ifo. The result is based on a survey of 7,000 companies in Germany.

The Chinese government has adopted a 'Made in China 2025' economic development strategy which is emerging as a huge risk to Germany's economic base, says economist Christian Rusche from the IW think tank in Cologne. (18.08.2017)