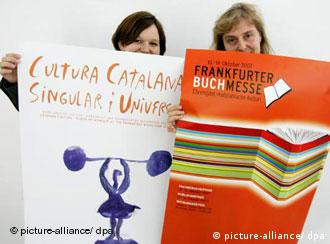 Catalonia is in the limelight

Last year, the Frankfurt Book Fair highlighted the literature and culture of India. This year, it took the unusual step of turning to a region rather than a country, in this case Catalonia in northeast Spain.

They see the gesture as an insult prompted by political maneuvering. 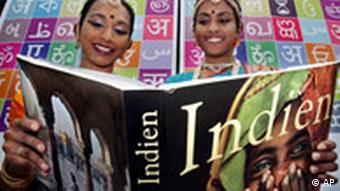 India was the star at last year's book fair

Language is a touchy subject in the Spanish literary world. During Francisco Franco's 36-year dictatorship all other languages except Spanish were considered officially illegal. After Franco's death in 1975, regional languages, including Catalan, Basque and Galician, started reasserting their place in Spanish culture.

Spain's myriad of languages leads to frequent cultural clashes. Take Barcelona-born writer Carlos Ruiz-Zafron. While he was born in Catalonia's largest city, he writes in Spanish.

Ruiz-Zafron, who wrote the international bestseller "The Shadow of the Wind," has said he'll boycott the Frankfurt Book Fair.

He blamed the "sideshow" over the language issue on politicians who he said wanted to project a certain image of Catalonia to please their supporters.

Book fair organizers insist that, in the end, a wide range of Catalan culture will be represented in Frankfurt. Approximately 130 authors from the region have been invited. The book fair will run from Oct. 10-14.

A Bridge Between Literature and Cinema

How do you turn a book into a movie? While organizers of the Berlin film festival may not have the ultimate answer, they've at least come up with a way to give producers and publishers a chance to size each other up. (13.02.2007)

Bits and Bytes at the Frankfurt Book Fair

The Frankfurt Book Fair has turned into more of a media market, over the years. Less than half of what's exhibited are books in the classic form -- printed on paper and bound. Much on show consists of bits and bytes. (08.10.2006)