The host of a bishops' conference in southern Germany has taken one of his peers to task for reassigning a priest with a history of sexual abuse to a new parish. He also called for more openness on this sensitive issue. 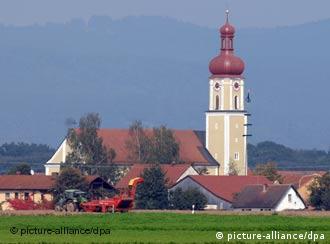 The Bishop of Fulda, Heinz Josef Algermissen, said his colleague Bishop Gerhard Ludwig Müller of Regensburg made a mistake in offering a second chance to a priest with a history of pedophilia.

"If something has happened in the past with children, a new start should only be allowed at a distance from children," Algermissen told the Bayern2 radio station.

The priest in question, identified only as Peter K., was found guilty in 2000 of making improper sexual advances toward a minor and received a 12-month suspended sentence. Müller reassigned the priest to the parish of Riekofen, a village near Regensburg, after that sentence expired.

Police then arrested 39-year-old Peter K. on Aug. 30 for suspected sexual offences committed between 2003 and 2006, and Riekofen was given a new priest. 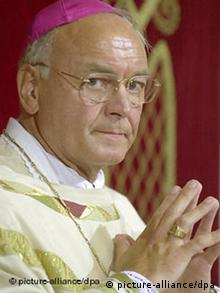 Bishop Algermissen has been critical of what happened

Algermissen's criticism of his colleague was all the more noteworthy because it came on the eve of the ongoing conference of German bishops in Fulda.

Algermissen called for an open discussion of the Riekofen affair.

"There's nothing worse for a bishop than a man of the cloth abusing people's trust," Algermissen said. "Something like this is a true blow, and in view of what happened, you can feel half-sick."

Müller has justified his decision to reassign Peter K. by saying he was guided by psychological evaluations showing that the priest did not have a pedophile fixation.

Müller denies responsibility for any grotesque lapses in judgment.

"Even a bishop can't rule out the possibility of a priest misusing the freedom [of his position]," Müller said in an interview with the Catholic news agency KNA. "Priests are not marionettes. They themselves are responsible for what they do with parishioners." 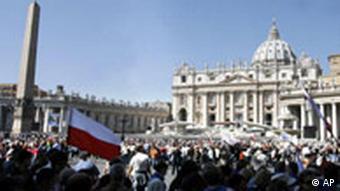 The Vatican is not getting involved at the moment

But others remain outraged and were calling for Müller to step down.

In a press conference, the head of a German initiative representing victims of abuse by priests, Johannes Heibel, said Müller's decision to reassign Peter K. was "more than scandalous."

"It's practically bizarre to put him in close proximity again to the situation in which he committed a crime," Hilgers added. "Therapy is possible, but a cure is not." 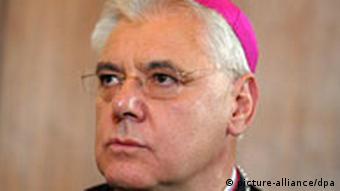 Bishop Müller said priests are responsible for their own behavior

Long a topic shrouded by secrecy, cases of pederasty among priests have come to light in a variety of countries in recent years. Catholic dioceses in the United States have paid out more than a billion dollars in compensation to abuse victims in the past four years.

The Vatican has not got involved in the Riekofen affair.

"It's a German matter," DPA news agency quoted a source within Radio Vatican as saying. "The bishop will have to justify his behavior to his fellow bishops."

In 2002, the German bishops acted to head off such a crisis, with the Conference of Bishops issuing guidelines on pedophilia. The needs of the victims were to have priority over the needs of the accused priest.

Those rules say former pedophiles must not be employed in posts where they may have contact with children.

Müller has denied breaching the guideline, saying he had a Christian duty to forgive and had been convinced that the paedophile priest had reformed his ways.

But Hilgers and others worry the priesthood may inherently attract people susceptible to pederasty and say the church needs to be more proactive about preventing cases like the one in Riekofen.

"The bishop and the bishopric have a duty to keep an especially keen eye out for things like this," Hilgers told DPA. "They should be conscious of the special risk. That has been criminally neglected."

The Vatican said Tuesday that Christian communities outside Roman Catholicism were not full churches. Protestant leaders were offended and said inter-denominational dialogue was now at risk. German commentators agreed. (11.07.2007)